Gophers are one of the common animals you will encounter on farms. This little animal has small eyes and ears, complete with short fur that makes it look adorable. However, do not be complacent about their overload cuteness.

These creatures are a member of rodents family featured with extraordinary strength. Their movements are very active and capable of digging up to thousands of feet. What kind of animal are they? What is the impact of their presence? Do you need to eradicate them? Here are the explanations.

What is the Gophers Animal? 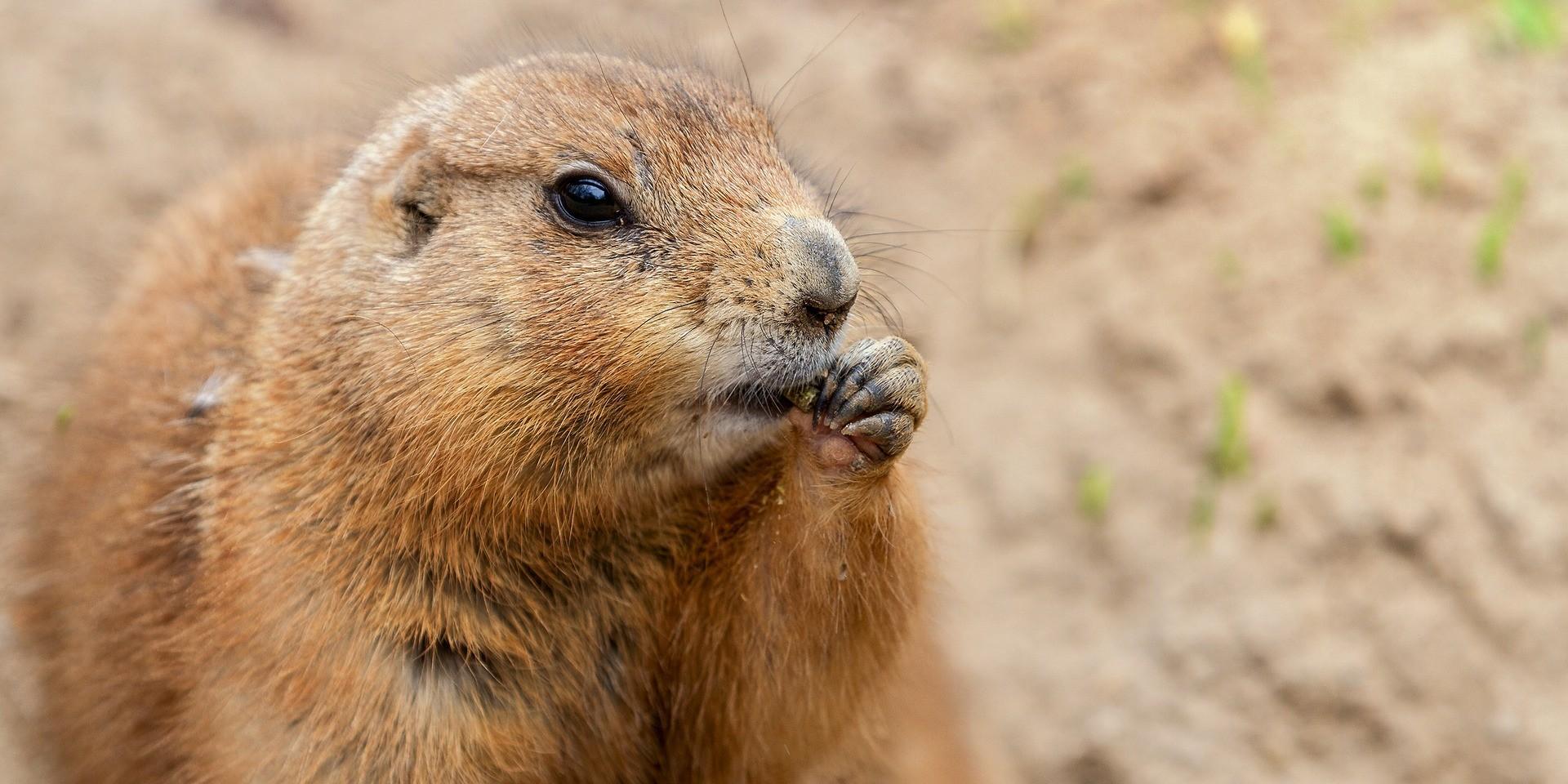 As explained above, this animal is a type of rodent that lives underground. There are at least 13 species known to live in the United States, but in general, we recognize three main categories in the division:

Gophers are very active animals and never hibernate. However, when the weather is cold, their activity will decrease slightly or stop altogether. This rodent can live up to three years. Like potato bug, gophers sometimes annoyed gardeners.

Where do Gophers Live? 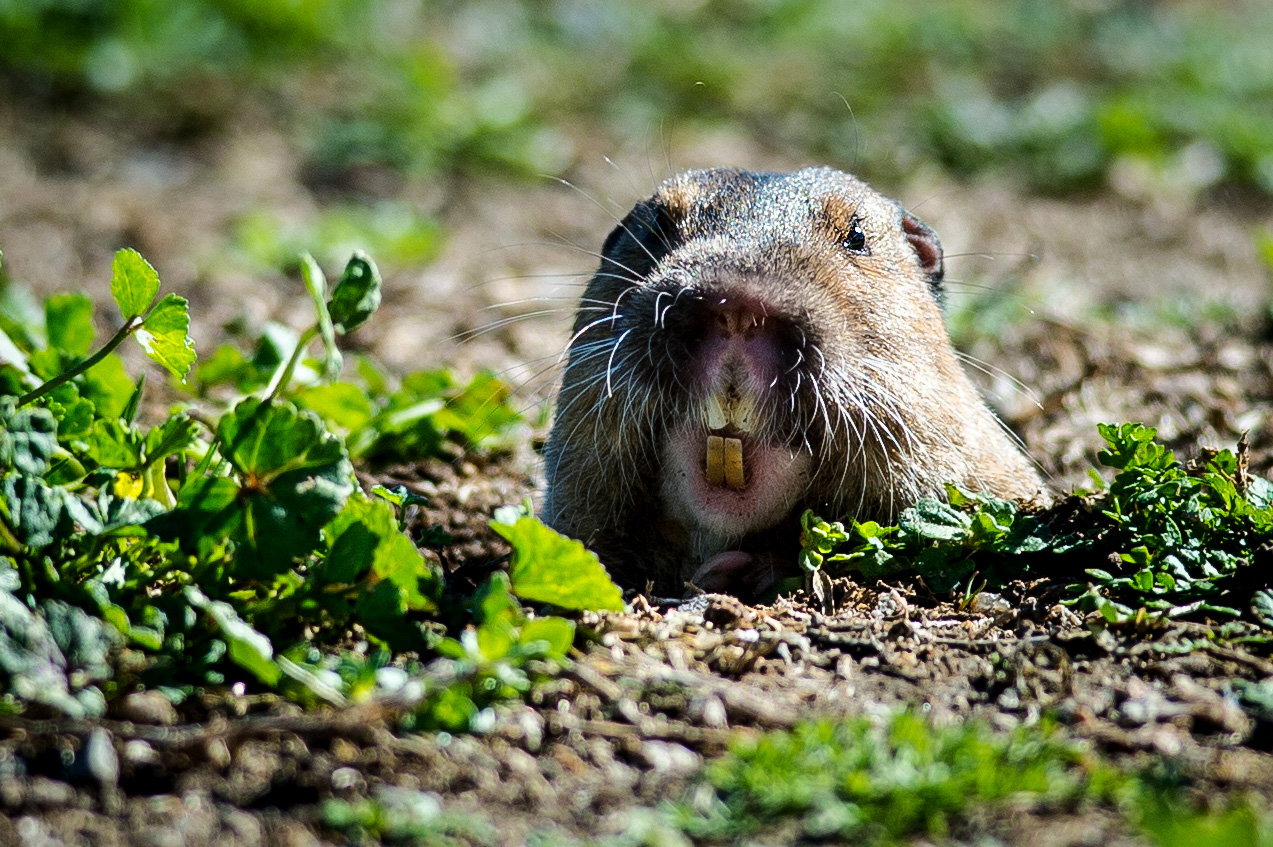 These animals dig into the ground to create the connected tunnels called towns. The results of this excavation will provide comfortable living quarters for colonies whose members can reach thousands of individuals. Its area ranges from 200 to 2000 square feet.

They spent most of their life underground, except when they built the burrow system. When digging, these rodents will push the soil to the surface and create a big horseshoe-shaped mound.

However, the thing is that these mammals never care where they dig. They will build homes on any land they like regardless of whether it is farmland, irrigation, or other human-built systems. All they want to is digging for a lifetime.

Gophers can generally make up to 70 mounds a month if the soil conditions are ideal. People sometimes mistake it for moles as these two animals both like to dig into the ground. They also do the same damage around.

However, both have differences. Gophers generally build huger and deeper mounds than moles do. It is what sometimes makes plant roots damaged. Whereas mole usually leaves a conical hole and looks more striking on the surface.

Are Gophers They Dangerous? 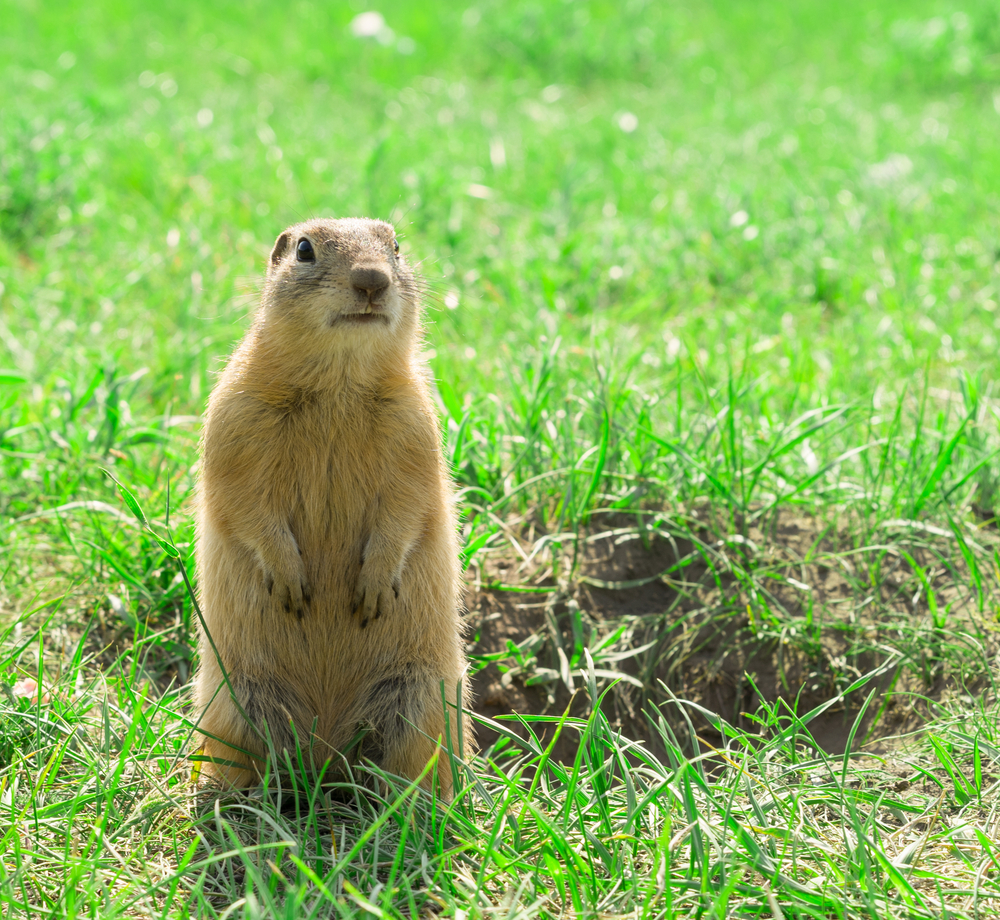 Like most rodents, their activity can create various kinds of damage. Generally, gophers’ town is very long because it can accommodate thousands of residents. This development made the farmland and beautiful scenery fall apart.

Not to mention, gophers are animals that like to hoard food. The tunnels built also have storage rooms to feed thousands of members. Not only fall the land apart due to excavation but also make the land around it fragile and can collapse at any time.

Even though they are known to eat everything, these animals eat more plants. If the nest built on agricultural land, then, of course, he will take many food supplies from the plants you plant. It causes various damages and losses to farmers.

Besides, gophers believed to carry various dangerous diseases such as brucellosis and tularemia. However, there is no definite evidence regarding the influence of these animals on these diseases in humans.

Some argue that the disease did not originate from this animal. Some say that gophers only cause damage to soil and crops, but pose no particular harm to humans or livestock.

What do Gophers Eat? 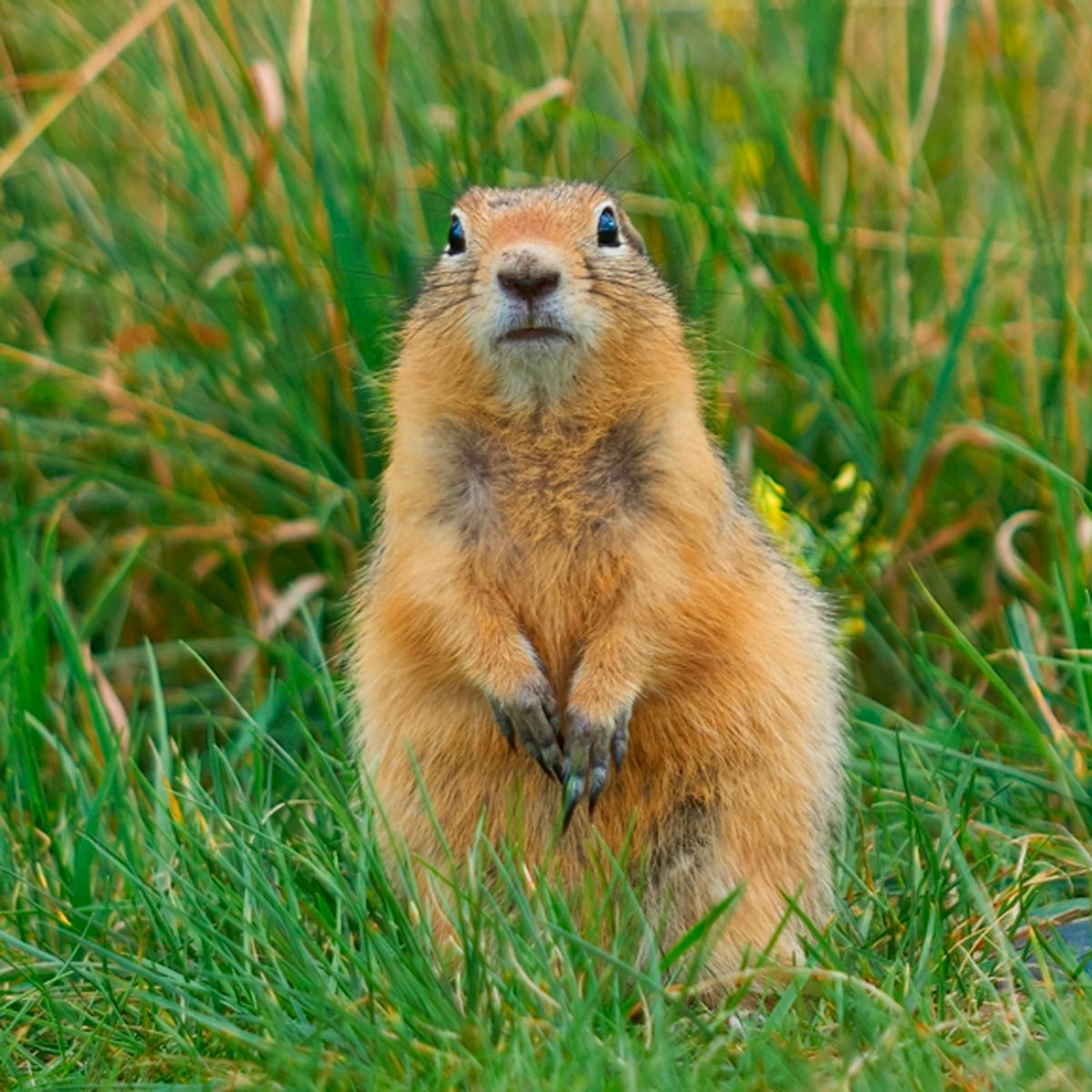 Even though they are considered omnivores, they tend to be herbivores. They love to eat a variety of plants and trees. When they feel hungry while digging, they will also eat the roots or anything else they can find.

When above ground level, gophers do the same thing. They eat anything while coming across, including crops, ornamental plants, and vines. However, in certain situations, they will also devour insects.

This habit makes some problems for farmers and gardeners. The greedy nature of these animals often creates losses. Crop yields reduced, ornamental plants are damaged; even plants slowly wither because of the damage roots, especially if many gophers are living in colonies in one area.

Be Careful with the Gopher Tail 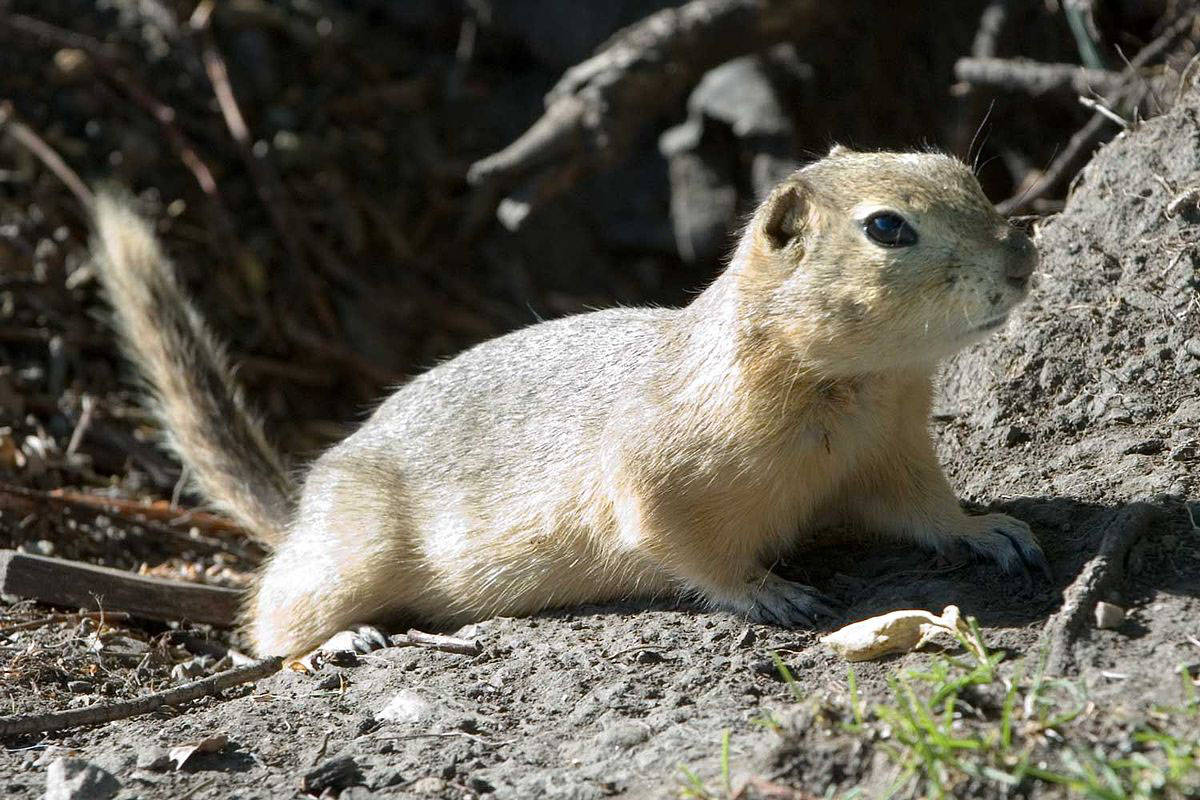 The tail is a very vital part of this animal. The tip is so sensitive that it allows it to navigate quickly and accurately, even in dark passageways.

However, other creatures must also be careful with this one part. When threatened, the tail can be quite a powerful weapon. One of them is when there is another animal invasion of the nest.

Keep in mind that the baby gopher usually lives in a separate hallway with his mother. That is why this part is often the target of other animals, such as snakes. However, the parent usually has a high sensitivity.

Even though the body is small, the parent will do the maximum resistance to get rid of the snake. He will swing his soft tail at the snake. Despite its small size, the swing is enough to scare other animals. 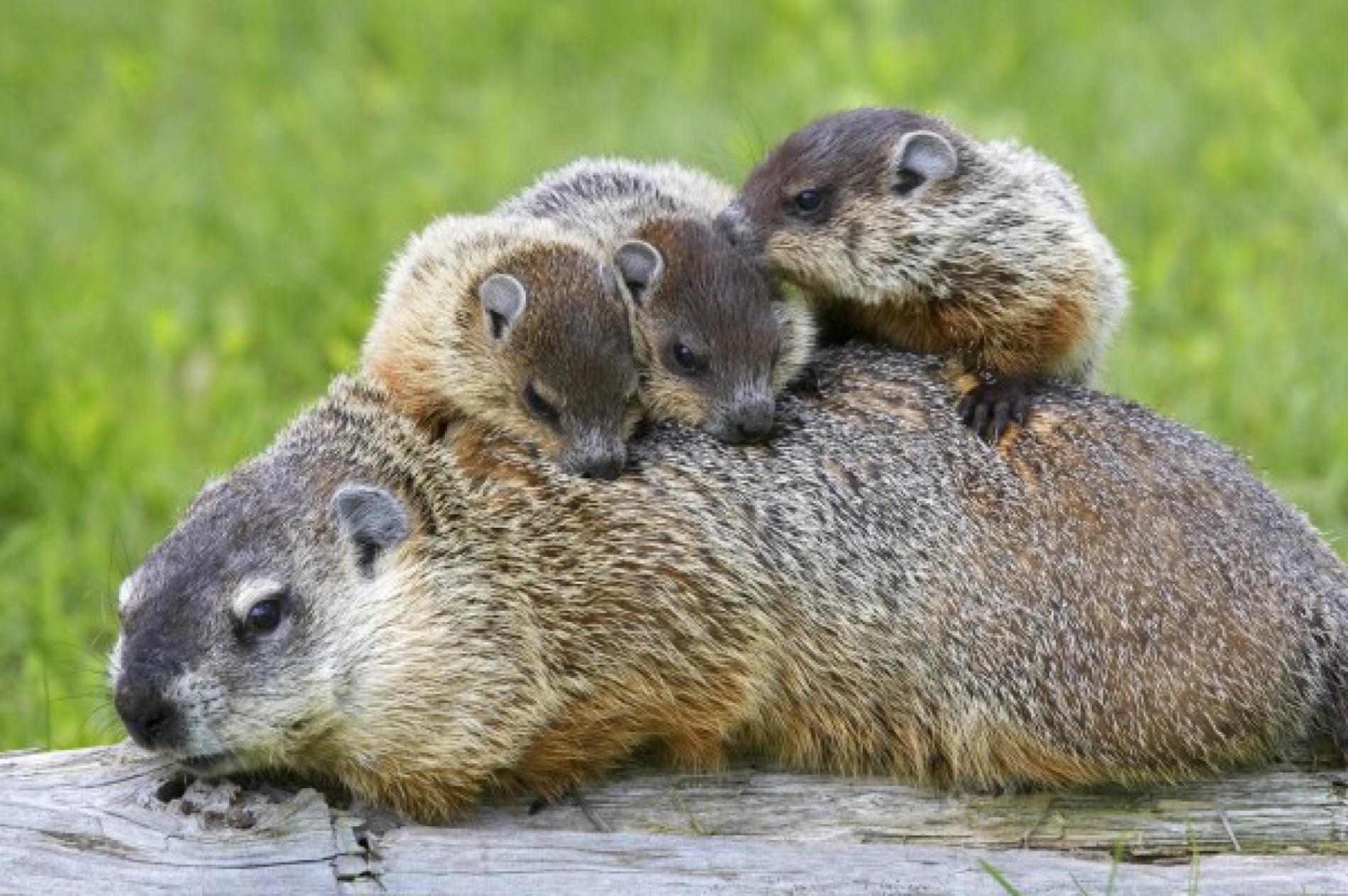 Several animals in the wild have similarities with these ground diggers. One that is very similar is the groundhog. Both are types of rodents with almost the same physical appearance.

Yet these two animals are different. The two of them did not even come from the same family. Gophers belong to the Geomyidae family that has pockets. Meanwhile, groundhogs are part of the Sciuridae family.

Both of them are often misidentified because they both have the habit of burrowing and eating plants. However, unlike gophers, groundhogs build underground nests only to take cover during hibernation. The rest, they do more activities above ground.

In terms of food, it turns out that the two also have differences. They both love plants, but gophers eat plant roots more often. It is related to their life that mostly spent underground. These animals also love tubers.

Groundhogs have different food tastes because they spend a lot of time outside the nest. He mostly eats vegetation and fruit. Thus, in the same area, the chances of meeting this creature would be more than gophers.

The two can also be distinguished physically. Despite the similar body shape and color, the gophers have a hairless tail, brownish-yellow teeth, and appear to have some fur lines that function as pockets. They bring food by this part.

The legs of the gophers are usually pink, with a small body that weighs only about two pounds. Meanwhile, the groundhog has a larger size and weighs up to 13 pounds. This animal also has no pockets.

How to Get Rid of Gophers 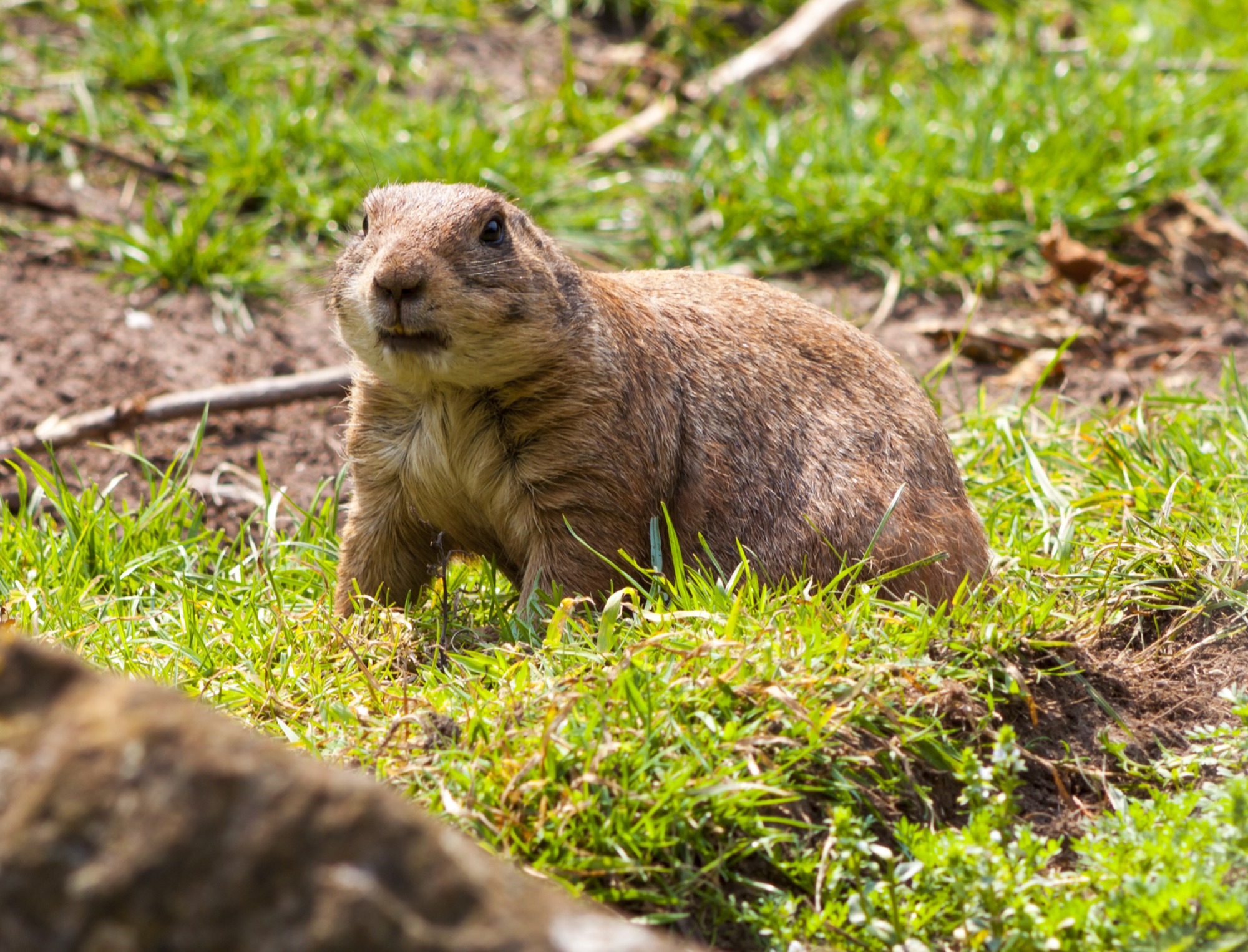 Admittedly or not, the existence of these rodents has upset farmers and gardeners. In large numbers, these animals can create destruction on agricultural land and makes many people consider it as pests. However, if you want to solve this problem, several ways can be applied to get rid of them. 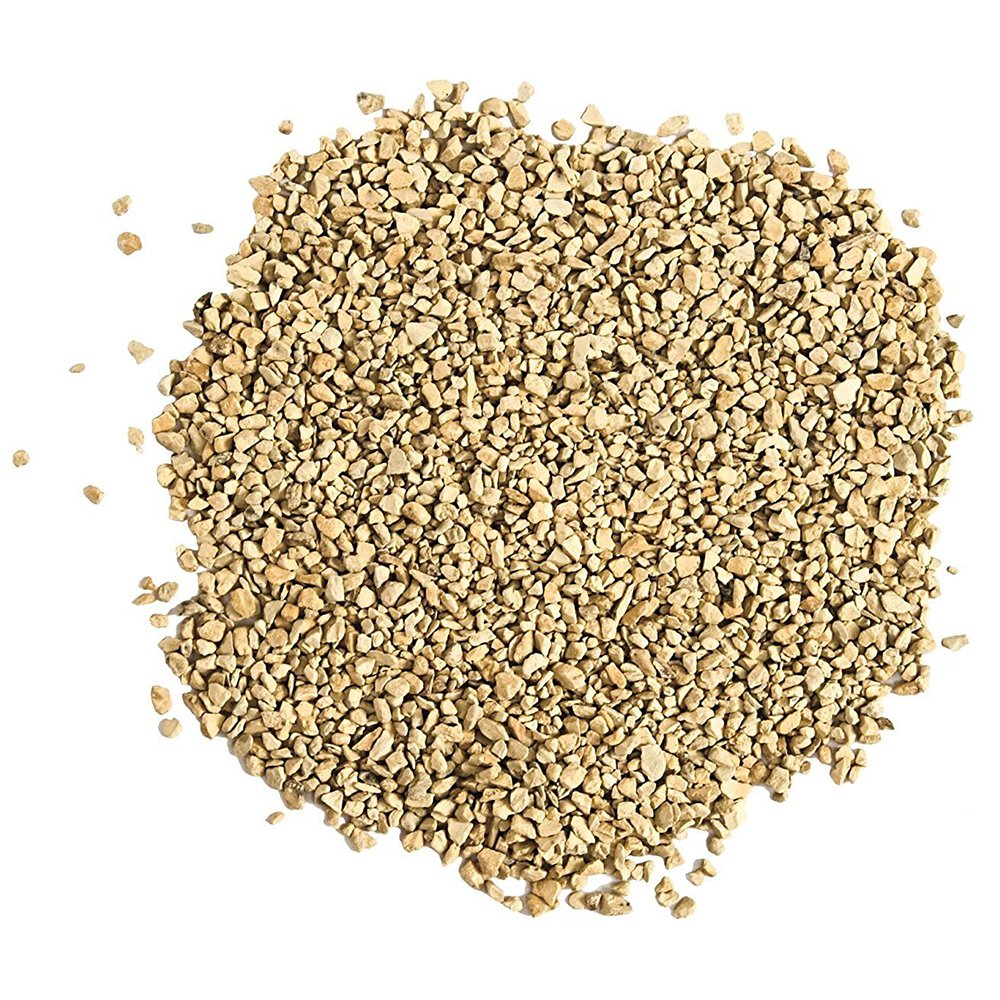 This method is done not to eradicate, but only to expel. Many people use this method because they believe that gophers are cute, innocent creatures.

The trick is to plant castor oil granules in areas with a population of gophers. Plant it well, until it thrives. Rodents disliked the scent it gave off so they would not dare come near. 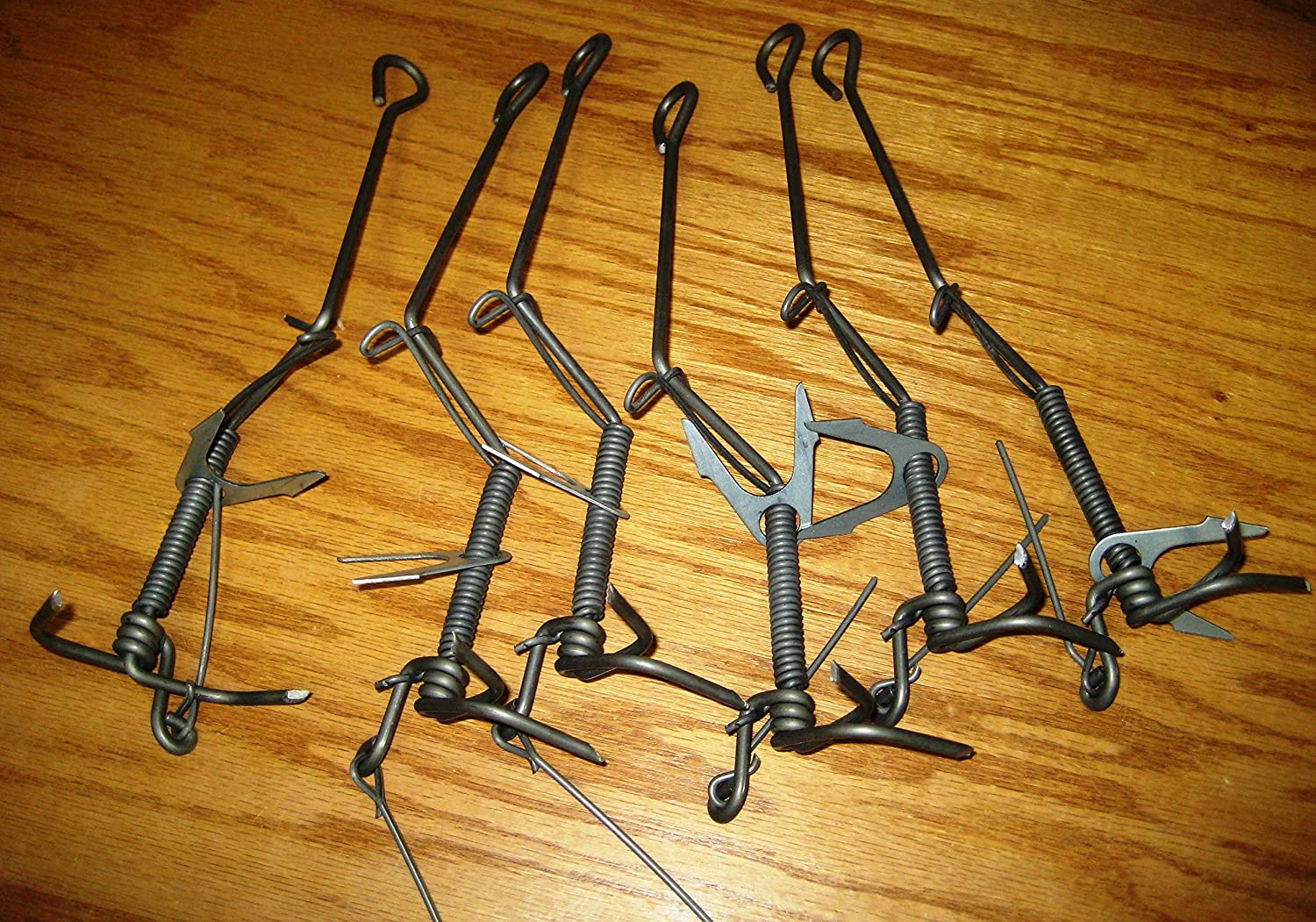 The easiest way to reduce the population in a field is to use traps. However, you can only apply this method if the rodents are not too dense. You can get this trap at various agricultural centers. 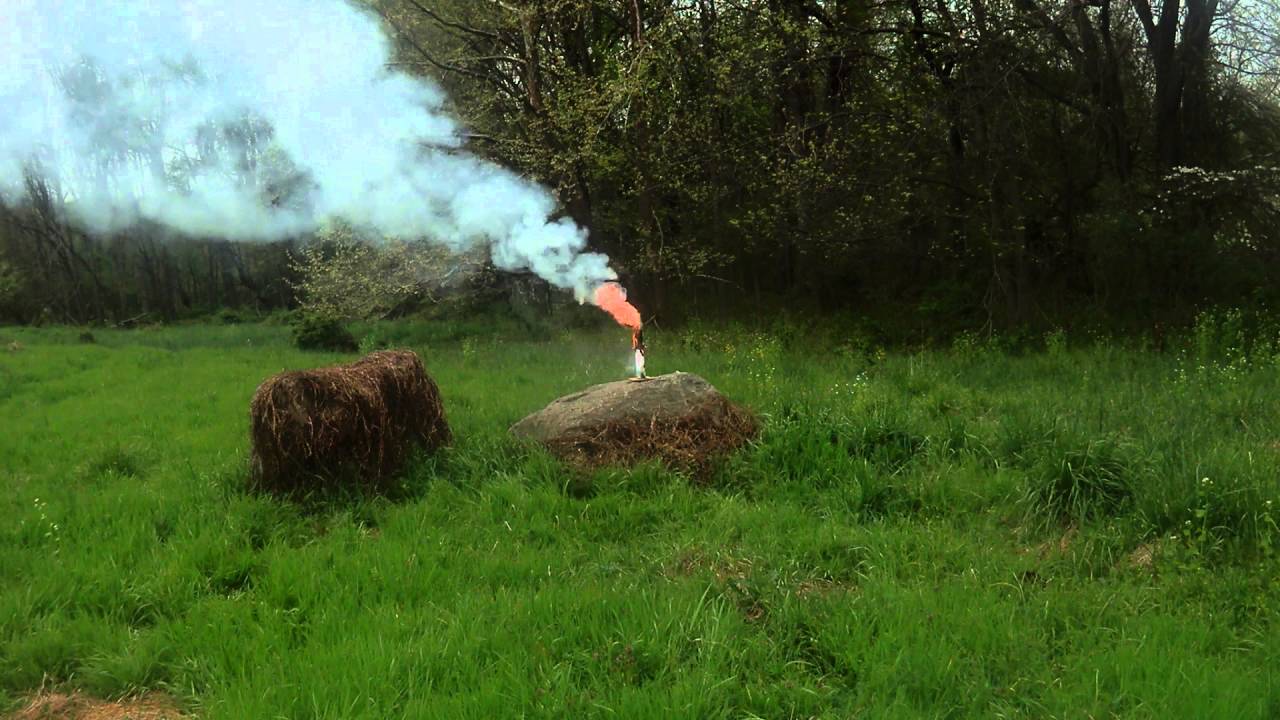 Revenge Smoke Bombs is a recommended brand to eradicate any pests. The trick is to put this product on burrows. The poisonous gas that appears after igniting will cause the colony to die slowly. 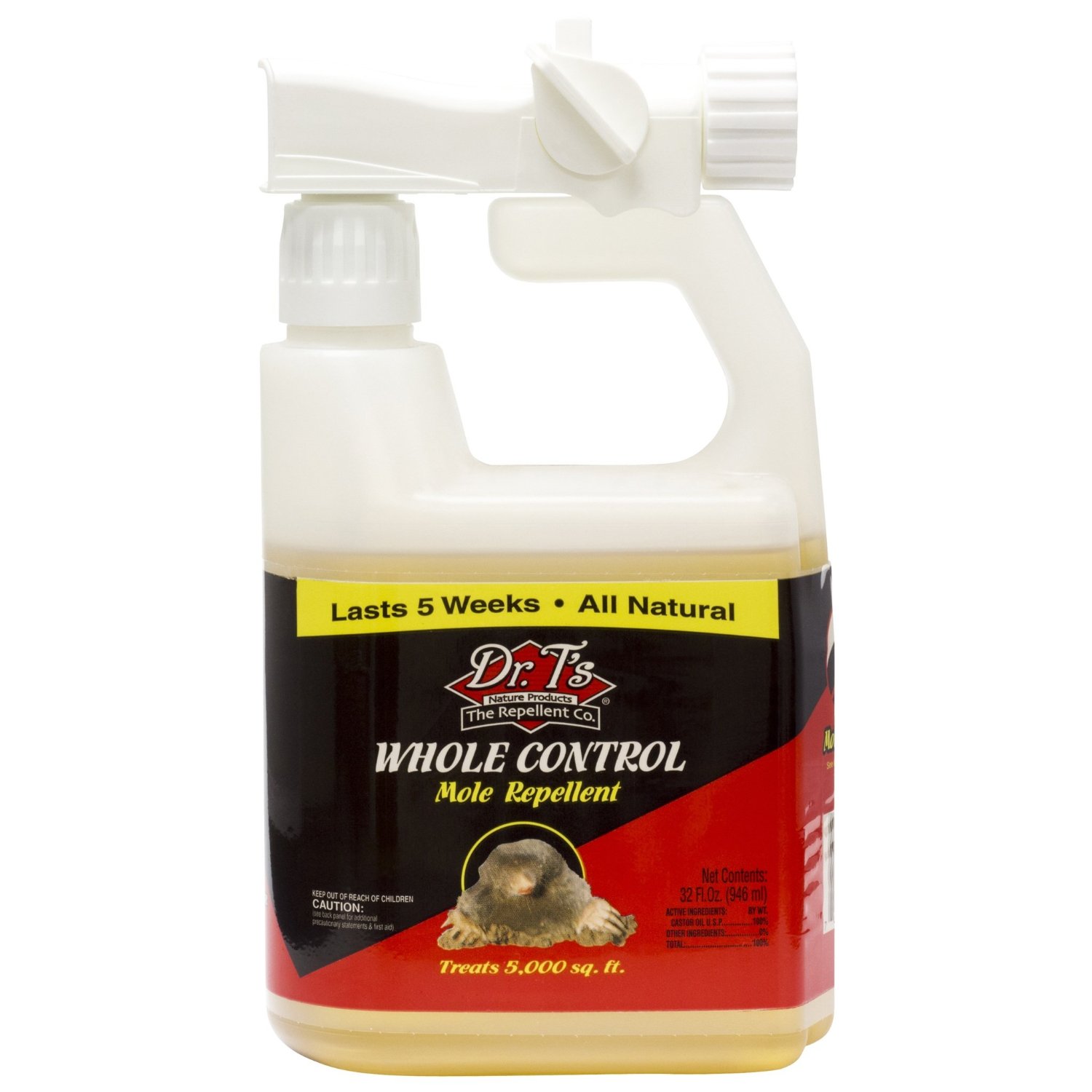 Another equally effective product is Whole Control. This pesticide is known to be effective against gophers. One dose of the product can kill living pests in an area of ​​5,000 square feet. You just scatter it on the tunnels and burrows where they live. 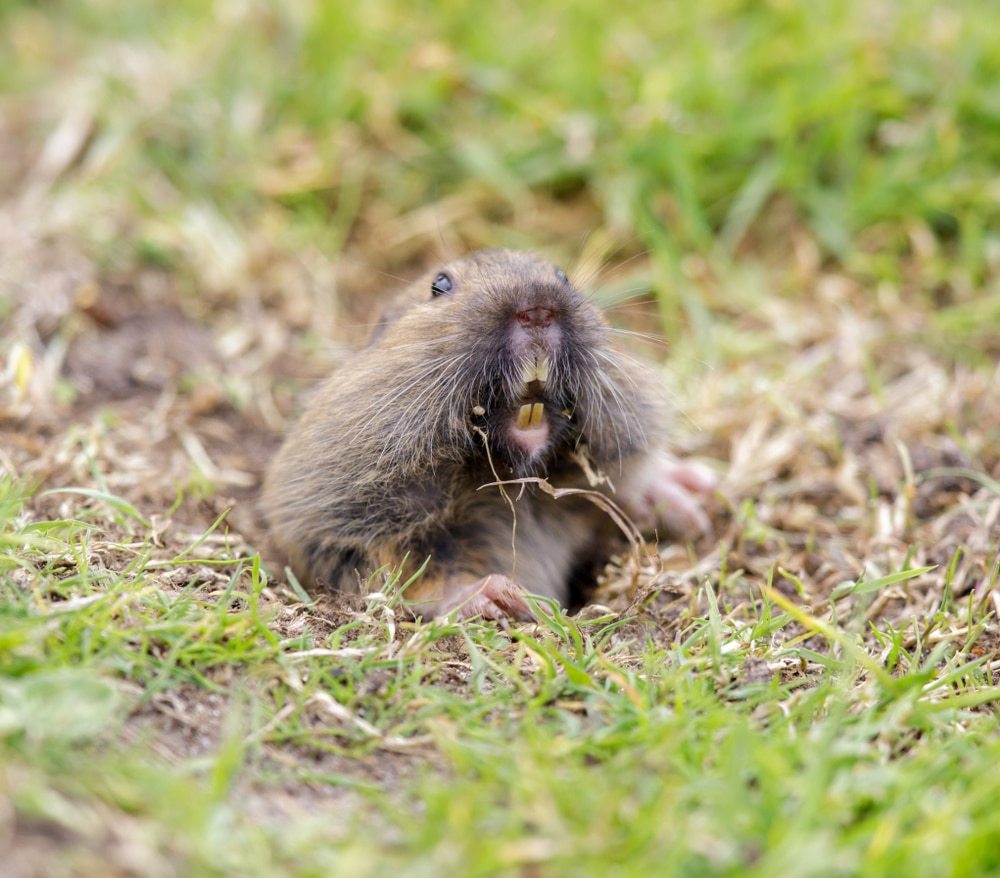 Due to their small size, gophers have a large number of predators. Birds, snakes, and some animals love their meat. If possible, you can also take advantage of their existence to control the population.

However, in some conditions, humans are also a threat to them. Many hunt them for their fur. Besides, some use the babies as pets because of their adorable physical appearance. You can even see these animals traded in animal markets.

Controlling these animals sometimes creates dilemmas. Many people consider it not a threat because of its impressive physical appearance. However, not a few have tried to eradicate it because it causes various damages.

However, this animal is also not without benefits. The areas inhabited by rodents are generally more fertile because of indirect plowing. Besides, the dirt left by gophers can also make the soil fertile. No wonder, some people just let them stay. Now, the choice is yours.