What should you do when you find snake holes in yard? That’s a scary thought, right? No one likes the idea that they have to share a living space with other (possibly) dangerous living slithers like the snakes.

If you find such a hole, what should you do? How to confirm that the hole is vacant or it has an inhabitant to it?

What Does a Snake Holes In Yard Look Like? 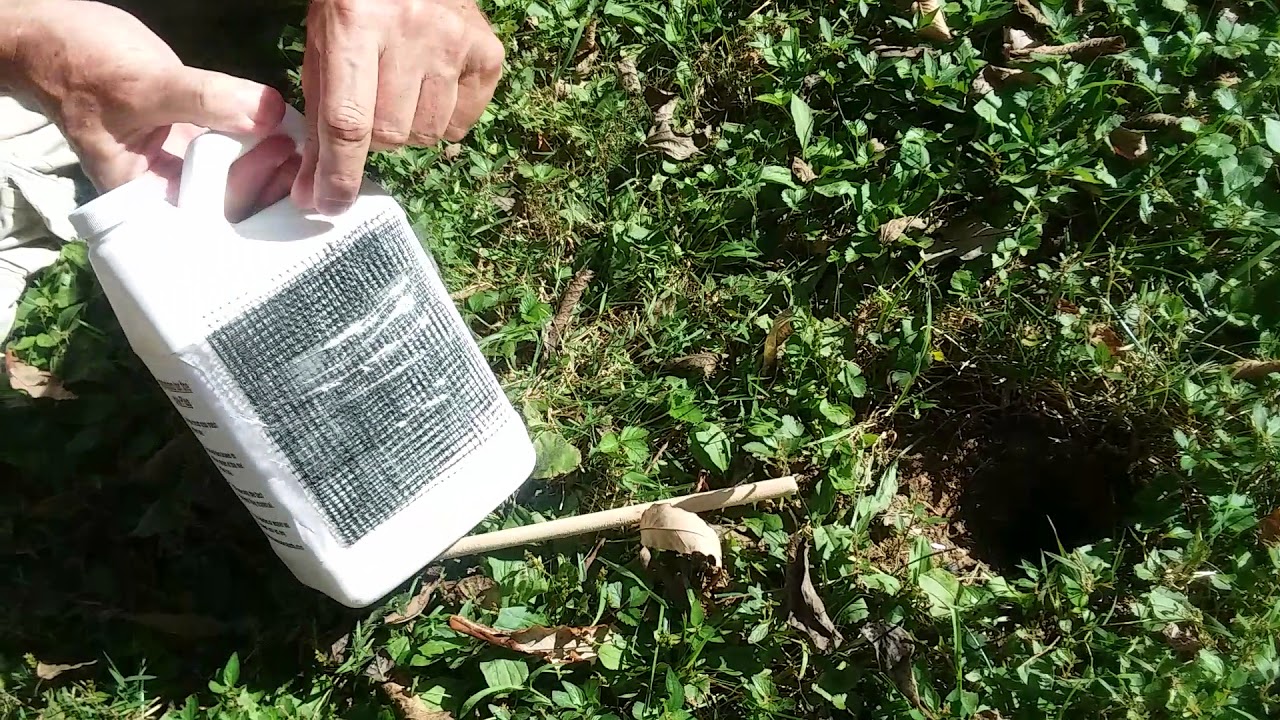 Well, a hole is a perfect hiding or even nesting spot for wildlife in general, such as snakes, tortoises, gophers, rodents, and others.

When you see holes in your backyard, it doesn’t always mean that snakes live there. It only means that there is certain wildlife living in it.

However, snakes are known to inhabit holes that have been abandoned by other animals. They can make the holes comfortable for their own nesting purpose.

In general, snakes don’t build their own holes. They don’t have the strength and the ability to do so. They make use of empty and cold areas or spaces.

That’s why you can find them not only in holes, but also under the rocks, under the leaf litters, or in the hollows of the trees.

If snakes can find an opening to your house and they find dark and cool space inside, they can nest there.

This is one of the reasons why homeowners are advised to check for cracks or openings in their house to prevent any animal, bugs, or insects from entering the house.

Why Do Snakes Like Living In Holes and Burrow ? 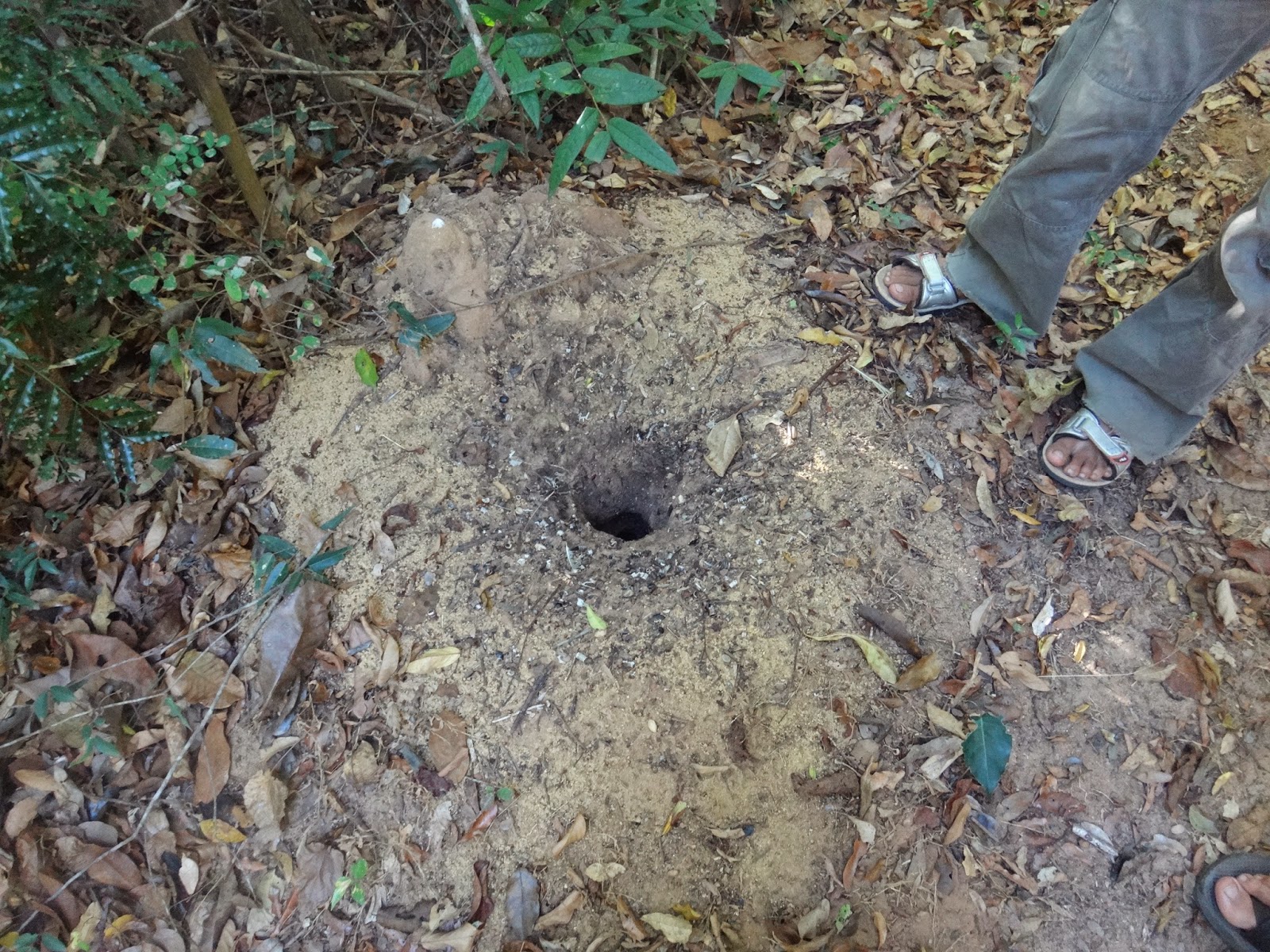 Why do snakes like living in holes? Well, most holes are cool and dark. And that’s how the snakes like their house.

Moreover, the holes provide a sense of better protection. They somewhat feel safer (and more comfortable) because their backs directly touch the holes’ ceiling. However, not all snakes like to live in holes.

They can be a bit picky when choosing a house. In general, they choose any type of shelter that they can find, but some snakes have their own personal preferences.

As it was mentioned before, snakes can’t actually dig holes, but they can cleverly find their path and way through the loose soil.

They aren’t even capable of digging holes in the mulch, although some species have the strength to push through the mulch.

But in general, there are none of the snake species that is able to dig through the ground, especially the hard one, and make a home for themselves conveniently.

Be advised, though, that some areas have pretty loose grounds.

Areas like Australian deserts, Africa, and Asia have sandy areas in some of their regions, and these areas are pretty convenient for the snakes. Due to the loose soil nature, they should be able to dig the sand.

Moreover, holes can be created by kids and their activities. When you see them, check your perimeter.

Those holes aren’t necessarily snake holes in yard. They can be holes from irrigation issues, rotten foods, animals, flooding, and kids’ plays.

You also want to check the size. Rodents, insects, and invertebrates are inhabited in smaller holes.

Identifying the Snake Holes In Yard

When you see holes in your backyard, don’t be panicky first. You need to identify whether the holes you see are truly snake holes in the yard. Those holes aren’t exclusively belonging to snakes.

Big chances that they belong to rodents or gophers. It’s crucial that you confirm whether those holes are empty or they don’t belong to the snakes. Check whether you see snakes leaving or entering it.

If you have seen such kind of thing, then you have confirmed that a snake is living in your yard.

However, if you can’t directly monitor your yard to actually see a snake leaving and entering a hole, there are other ways to do so. One of them is to check whether you see shed skin. 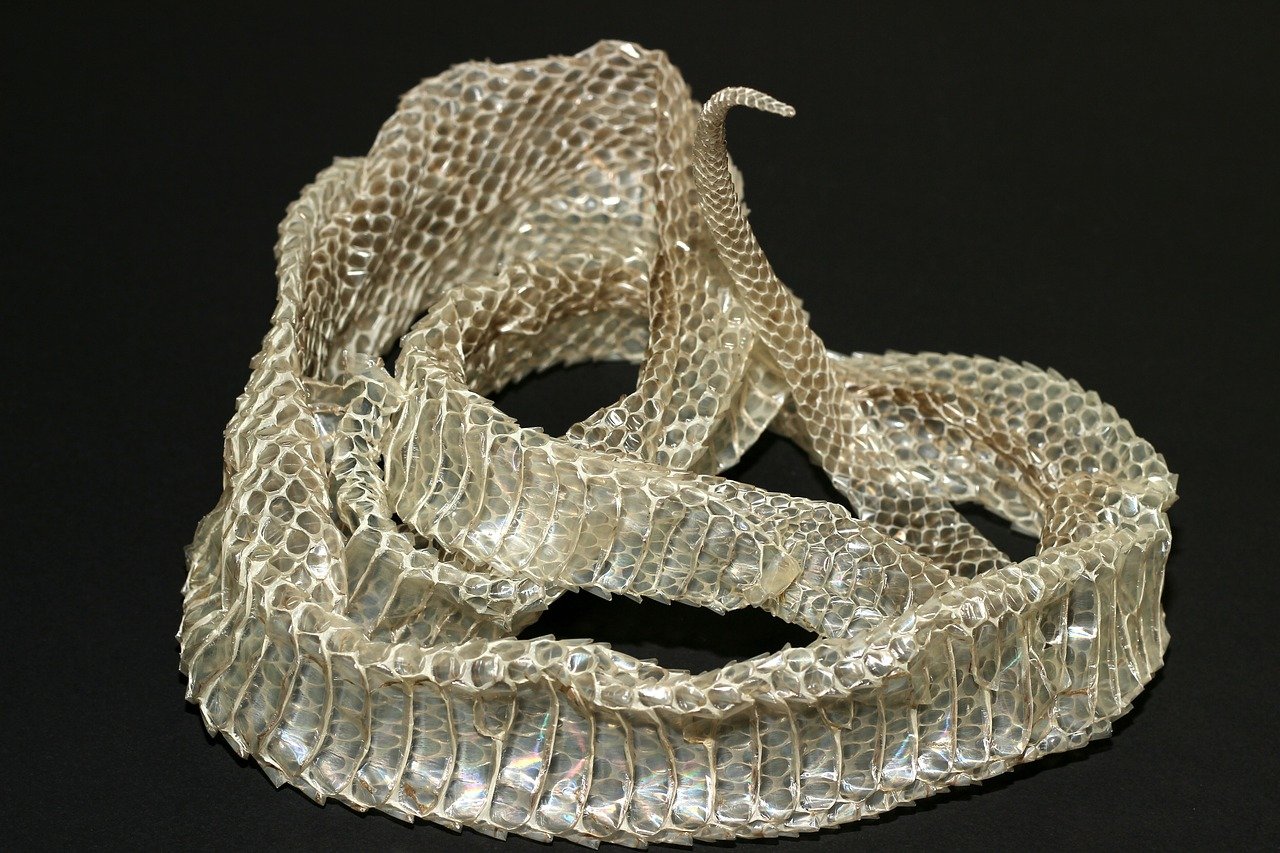 Can you think of other animals shedding their own skin? I don’t think so. If you see a shed skin, then it’s big chance that there is a snake within your perimeter. Well, shedding their skin is basically a natural process.

It helps them get rid of dead cells and parasites naturally. When this process happens, snakes have various tricks and movements.

Rubbing themselves against hard surfaces (such as sticks, rocks, or even the ground) is one of those tricks because it helps them peel their skin off.

In the event you find the shed skin around the hole (within your backyard), then your suspicion is well confirmed. But the problem with the shed skin is that it can be food for rodents and insects.

Once it’s shed, it may be consumed right away – and you don’t find any remaining trace. So, if you find the shed skin, it’s a bonus point. But if not, you can always find the next one.

Fecal matter is another thing you can monitor and observe. Animals excrete feces, and snakes are animals. The Fecal matter depends on the diet and the remaining traces.

Does it contain things like rodents or insects? Is it pasty and thick? Does it have such a white-ish substance (usually at the end of it)? If most of your answers are yes, then big chances that you have snakes living in your perimeter.

If you combine the fact that there are snake holes in the yard, and you find fecal matter along with a shed skin, then it’s confirmed that you share a living environment with your slithering friend. However, don’t forget that feces can break down. It can biodegrade.

Another method to check whether the holes are really snake holes in the yard is to check their surrounding condition.

If the entrance is free of debris, fallen leaves, or spider webs, then it’s likely it has an occupant; it’s not vacant or free.

But if you see a hole and it’s covered in spider webs, you can breathe in relief. It’s a sure thing that the hole has been vacant for quite a while.

How to Get Rid of Snake Holes In Yard

So, when you find snake holes in yard and you already confirm your suspicion, what should you do? It’s understandable that such a finding is somewhat scary and it is unsettling.

So, what would be the most logical thing to do? What is the safest way to protect not only yourself but also your family?

The simplest thing to do is to leave it undisturbed. In most cases, the snakes living in your backyard isn’t the venomous one.

Big chances that they are included in the harmless garter type that is most likely to be shy and even stay away from your path if they hear you coming.

They like to live in peace, and they will likely slithering away when they see or hear you, or even when you disturb them. Snakes, after all, are natural balancers within the ecosystem.

They eat pests (such as rats and mice), frogs, and insects. You may not believe it, but they can be a positive addition to the yard. Unless you are extremely fearful of their presence, leaving them alone is the best option.

Of course, this option isn’t applicable if you have kids or pets (or even both) who are super active, and like to play outdoor. If they are extremely active and they really like spending time outdoor, then you need to figure out a way to deal with the snakes. 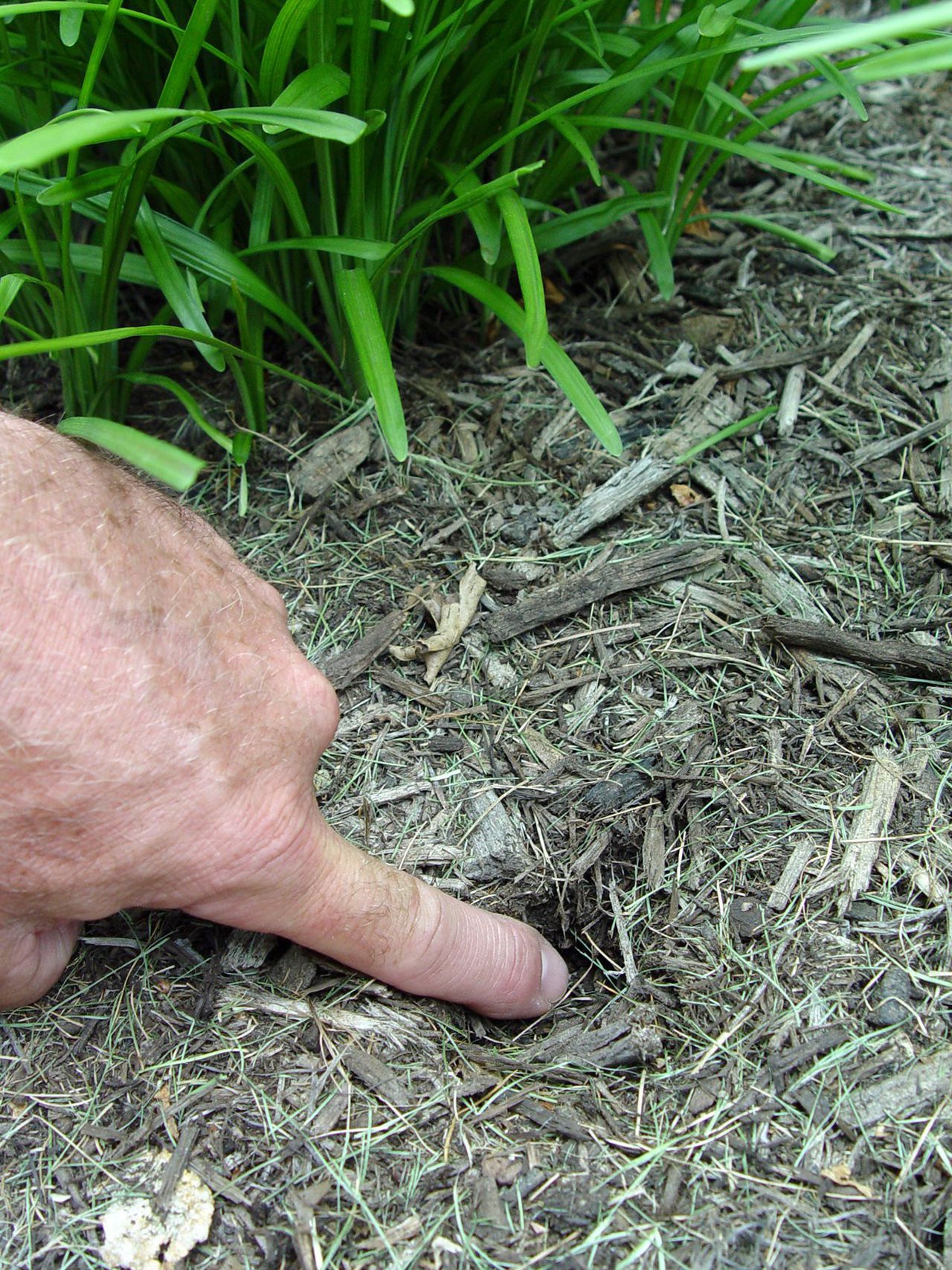 Snakes really love the privacy of the holes, along with the fact that it is dark and cool. They can nest under old stumps or within building’s crevices.

Another option to deal with snake holes in yard is to cover them. Basically, if you can block off these holes and disturb the habitat, they would be discouraged to return to your yard.

Many homeowners would use burlap, boards, and wire fencing to cover those holes. However, you should proceed with this solution carefully because you may create a new place for these slithering creatures to burrow themselves.

It would be worse because now you can give them a place that is closer to the top surface, not underneath the ground anymore.

When you want to interfere with the holes, be ready for the run-in with them.

Keep in mind, though, that you must ensure that the snake is OUT of the snake holes in yard before you can cover it.

When the snake finds out that its ‘home’ has been occupied and uninhabited, then it would be encouraged to leave and find another home elsewhere.

However, you need to wait until the snake is out on its own; not to tempt it to leave.

Snakes are easily irritated and they will surely attack when they are disturbed.

So, when you try to make the snake out of its home, it’s highly likely that it will attack you. Never ever try to put your hand inside the hole, even when you are wearing a protective glove.

It would be better if you are using protective gear whenever you inspect the yard.

This should be your option when you really dislike the thought of sharing your personal space with the slithering creature.

And even with the finding of snake holes in yard, you also dislike the idea of having to get rid of them on your own.

Or when you find out that the snake is getting more and more visible whenever you are going to the backyard, then you need to tackle the issue real soon.

You should contact a professional exterminator (either pest management or a wildlife control) and ask for their help.

In most cases, they would assess your perimeter and give you all the plausible options.

Yes, you have more than one option if you contact a pro. Some of the possible methods include:

There are still other options that you can go for. Again, contact animal control and ask for their help.

What to Avoid About Snake Holes In Yard

Snakes are harmless, but it doesn’t mean that they won’t attack you when they feel threatened. Here are the things that you mustn’t do when dealing with them:

How to Reduce the Risks of Snake Holes In Yard

If you haven’t caught the snake or you are still in the process of confirming whether there is a snake in the yard or not, there are several ways to reduce your risks of being harmed or bitten.

Remember, you need to be calm when dealing with snakes. Don’t be panicky.

With these guides, now you know what to do after you find snake holes in yard.