So you are gardening in a pot yet you don’t have any idea how to store potting soil, here we got you covered.

There are lots of different ways on storing potting soil starting from a proper airtight storage to just leaving it somewhere else and hopping for the best results.

This article will show you which would work well for you.

In general, it is considered best to store the potting soil in its original bag which is inside the protective container such as a storage tote.

Some large plastic bins including Sterilite clear tubes and Rubbermaid totes noticeably work well as they are the re-purposed containers.

If you don’t get the re-sealable original potting soil, you can alternatively use tape to real-seal the bag and locate it inside the giant Ziploc bag.

Now read on our article to find out exactly the suitable techniques to store potting soil during the plant growing season and over winter. 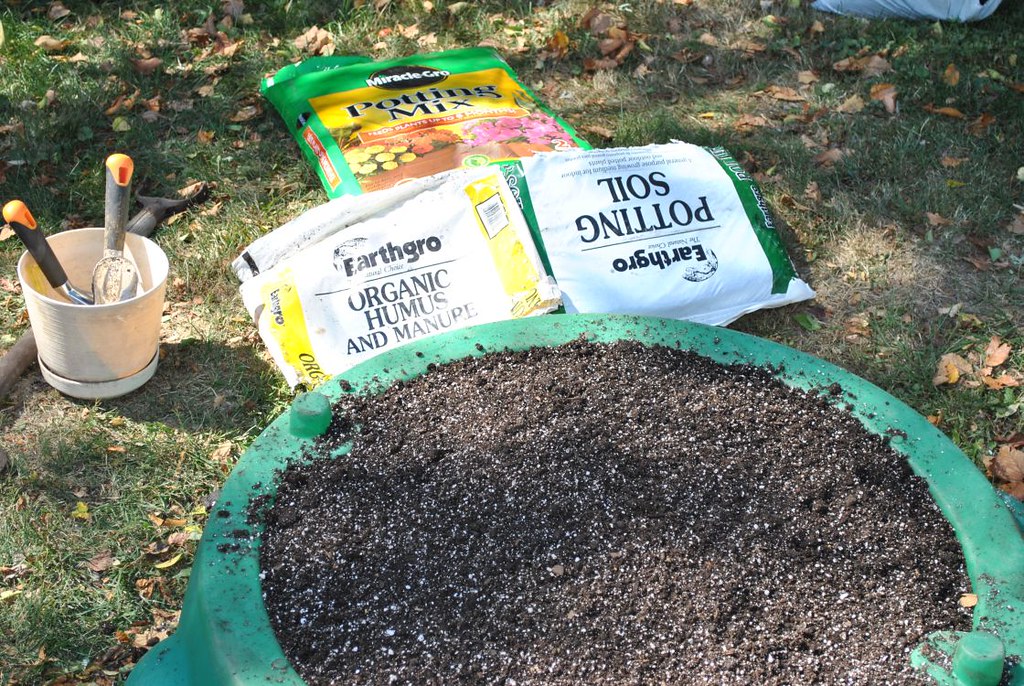 One thing to remember dealing with the techniques on how to store potting soil is that fall is considered the perfect time to store your potting soil in a well-organized manners.

This way, you can simply take stock of your recent unused bags to use as potting soil supplies.

This way, you may have some in the garage, by the garden or in the shed.

So grab them all together so you can have a potting soil inventory and decide what to do with them.

In the winter, you are required to do the following things to store potting soil.

Inspect the Bag of Potting Soil Before Storing Them

It is important to inspect the bags especially which one is opened.

This is because the purchased bags must not be in an “opened” condition to ensure that they are not contaminated.

Look out their expiration date printed on the bags.

If your bags are opened, then you need to inspect again whether or not there is an insect, bugs, grubs, mold and eggs. In this case, any opened potting soil bags must be used rather than stored.

That includes the ones that are exposed to animals and getting some bugs in.

Though they are not causing the soil toxic, however, they are better to use than being stored. Only save potting soil that is worth to save.

Ensuring the Potting Mix is Dry

Ensuring the potting mix is dry is necessary to free it up from the moisture.

This is the key how you must avoid mold and mildew issues in storage.

Just like the dry pasta or cereals, dry soil stores better. Thus, open the bags for a few days and shake them to dry them.

Keep the Original Packaging to Store The Soil

The next potting soil storage idea includes keeping the original packaging to store the soil.

This step will let you know the ingredients and the manufacture date when you are going to use it next season.

The plastic bags designed for potting soil are mostly wonderful.

They have label. The smaller bags will include an airtight seal.

They are usually thick and made to last. In comparison, the big ones are thin enough.

If there isn’t any, the bags won’t keep long. 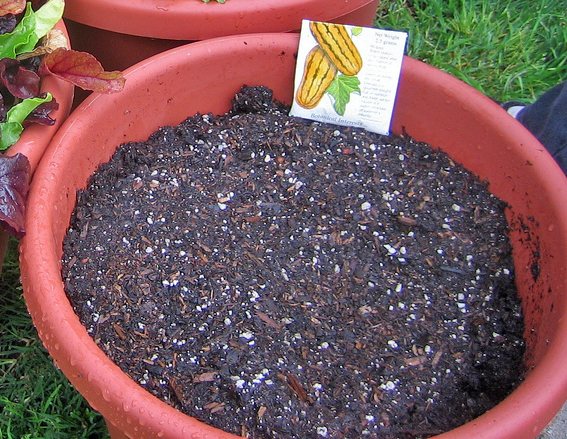 There are definitely some creative and brilliant ways to store potting soil that are also inspiring for you.

Once you decide on store potting soils especially in the cold weather in the winter, make sure that they are in a good container. If you use plastic bag to store your mix, you are just facing some trouble later on.

As we have mentioned earlier dealing with the tips on how to store potting soil, soil is a kind of messy commodity you may want to avoid from a torn bag.

This way, the best potting soil container must be solid and water-proof completed with the tight lid.

Plastic totes may be a great option as they are less expensive, easy to find and coming with the secure lid. Plastic totes are also available in a variety of sizes.

Just make sure you pick up the right one for the best potting mix.

Wood container may let dampness seep in and the unglazed ceramic may, too.

A metal container may work well though it is tougher enough to get a good seal along with the lid.

Once you make your choice about the container, don’t forget to go the extra step to properly clean it before adding soil.

Make up a solution and water with the 1:10 ratio. Later, give a good scrubbing to the container.

Never rinse the container but try to let it dry completely. And moisture is the last thing you must add to your soil in the container.

How To Store Large Amounts of Soil

Basically, potting soil is more than just soil and dirt. Here are the tips to help you store large amounts of soil in your potting soil.

How To Store Potting Soil Over The Winter

When gardening season seems coming to the end of the year yet you have still a bit of potting soil, keeping it for the new seedlings in the spring is one of the good idea.

However, there must be a suitable techniques to do so.

First, consider having more on potting soil. Since the soil is more than just dirt, make sure you add some extra materials to provide the new root growth with the good condition and excellent water drainage.

The extra materials include coconut fiber, some sand and sphagnum moss as well as other recommended materials.

Second, be aware of the possible problems arising when you are storing potting soil.

Those problem includes the possible contamination and the pathogens growth in the soil when it is too long to wait over winter.

Other problems are probably the insect eggs that hatch and lead to an infestation happening for a few months. Lots of bugs need also your intense inspection while mold and mildew may also spread to your plants when you use the mix again.

Third, choose the best quality containers over winter. As winter comes with extreme weather, you can’t expect to use plastic bag.

Otherwise, you are in trouble. This way, a solid and water-proof container with the strong lid is much recommended.

Forth, you must get to know the steps on how to store potting soil over winter as follows:

How To Store Used Potting Soil 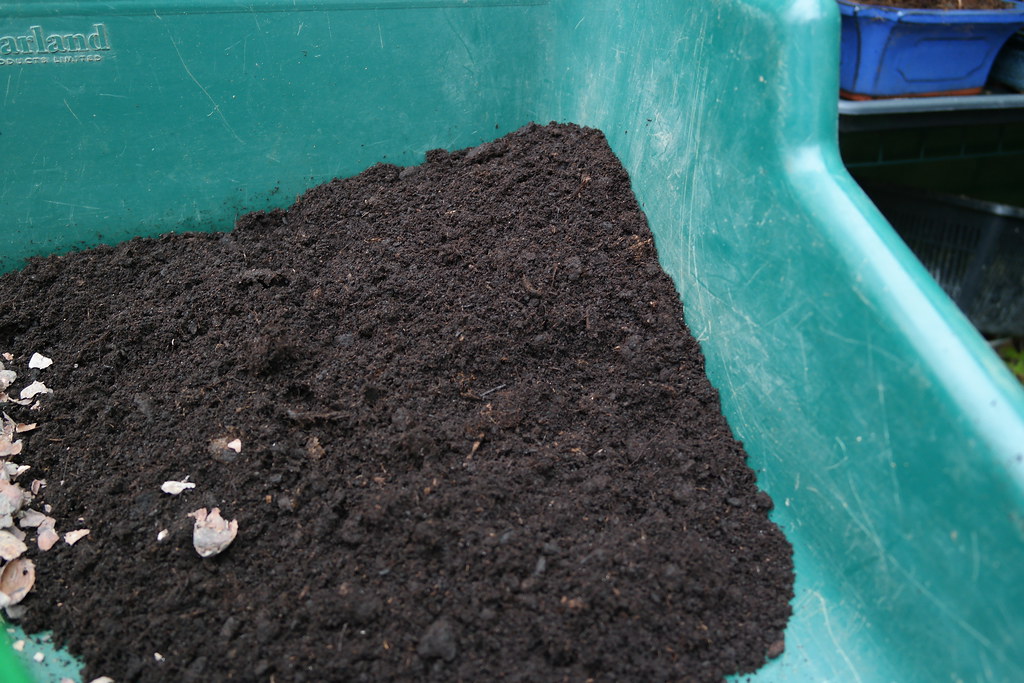 Mostly, the potting soil is not used for potting up plants. Potting soil which is not used directly may lack of nutrients, thread of humus, and a very few seeds.

This makes ideal for material for covering the planted plants like carrots, beets and other plants which are sprouting slowly.

The used potting soil generally enhance the germination of the seeded plants.

This soil also comes in handy when there are moles, dogs and other critters creating holes in the lawn.

This way, the unused soil is usually stronger along with a few weeds that are unwanted.

The used potting soil is usually used to put up giveaway plants.

When you share the divisions taken from bee balm, asters and pother perennials costs nothing as you drop them in a cracked plastics pot and snug them in using the used potting soil.

Many gardeners simply mix the used potting soil with the new materials and fertilizer to boost the plants nutrient.

Alternatively, you can also locate the old used potting soil in the bottom of a very large container and fill the upper parts with the new materials or soil.

Typically, it needs an extra step to heat treating the used potting soil to grow edibles.

This way, you need only to expose to then temperature above 12 degree Fahrenheit so that the most diseases pathogens will be killed.

You can also use a few galloons of the used soil in a plastic bag and locate the bag inside the translucent storage bin.

Later, make sure that this storage must be placed in a full sun in a bright day.

Once you finish the used potting soil that has been heated and cooled, add some new mixture that you want to create.

This way, the fresh bag is still needed to start mixing the seed for the starting seeds.

This step is actually recover and store much of the used soil from outdoor containers.

How to Store Bulk Soil 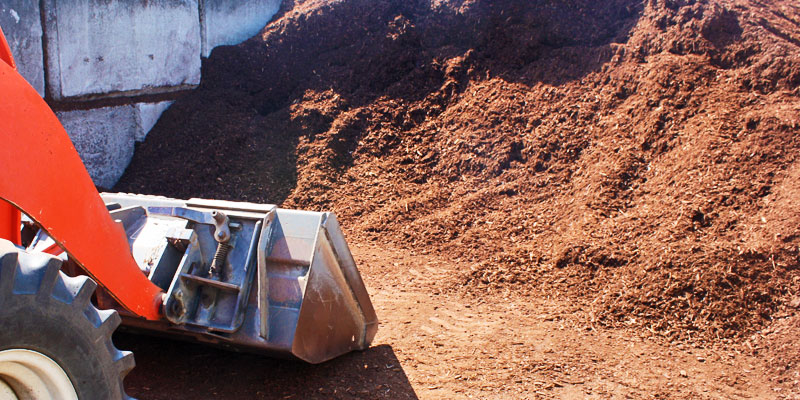 In this case, if you have some extra bulk soil, check out to make sure that the bags have holes for circulating air.

If there is no hole, set the mulch in a dry spot for the winter like the garden shed.

If you want to store bulk soil, place the landscape material on the tarp and cover the pile along with the second tarp to keep the supply dry.

Leave some edges free so that the air cam flow easily underneath the tarp and through the mulch.

For the bag compost, ensure the ample air flow.

If you want to get the best result, turn the compost into a couple of cheap cans or plastic storage bins. 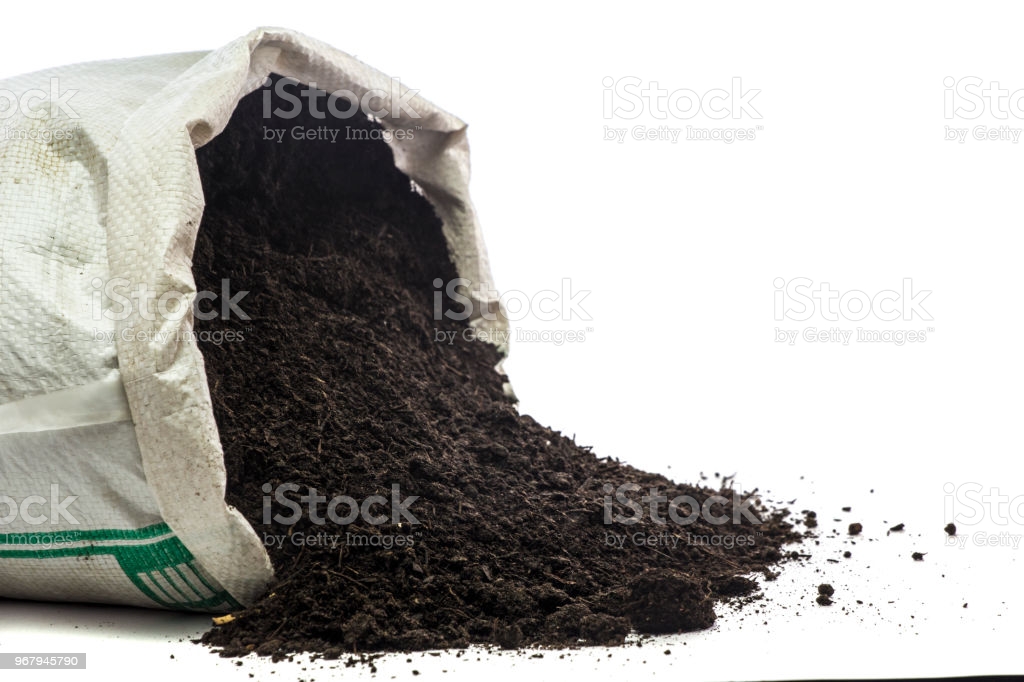 If your potting soil get wet, the fertilizers in the bag do pre-release inside the bag and become concentrated which will burn the plant roots when it is used.

So let it dry so that the soil will be light and fluffy.

Conclusively, you may think that how to store potting soil is uneasy. However, you can find it valuable for your next growing season.

Make sure that you know the tips and tricks well in storing the potting soil so that you can have the best result.