If you grow corns or you have a corn garden, then the knowledge of how to protect corn from birds can be super handy.

When you grow something, there is always a risk that you will face challenges and difficulties.

One of those challenges will usually come from animals that will eat the corn and cause significant damages to the corn field.

Why Birds Are Eating My Corn? 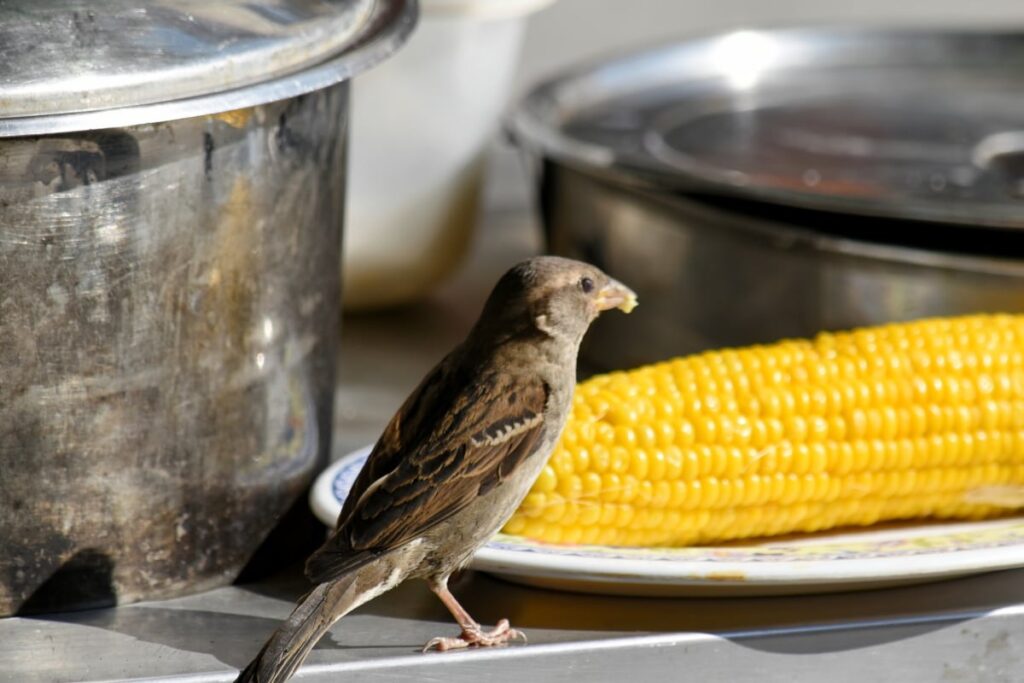 Summer is the peak time for sweet corn crop.

Isn’t it nice when you can enjoy tasty corn treats while enjoying the (nice) weather and also the view? Unfortunately, along with the peak season of the sweet corn, it also means peak time for the birds to have a feast on their own.

Everyone hates it when their hard work (putting the corn into a growing plant) is being messed by those pesky flying creatures.

So, why would bird eat the corn?

Aside from knowing how to protect corn from birds, you should also learn about the nature of the birds.

You have to admit that everyone loves sweet corn, both humans and animals, and the birds are included.

The problem is: Birds would raid the crop, and they will likely outfast you.

Before you can harvest the corn, your garden may already be empty.

But birds don’t only love those corn crops. They also like eating the corn sprouts or new planted seed, which will create more mess to your garden.

That’s why most corn farmers would protect their corn all through the growing season, to minimize the possibility of damage.

The biggest issues happening to the corn garden may come from blackbirds, crow, and jays, although it’s also possible that other birds may consume the corn. It’s safe to consider that most birds in general would be attracted to the corn.

The Possible Bird Damage to the Corn 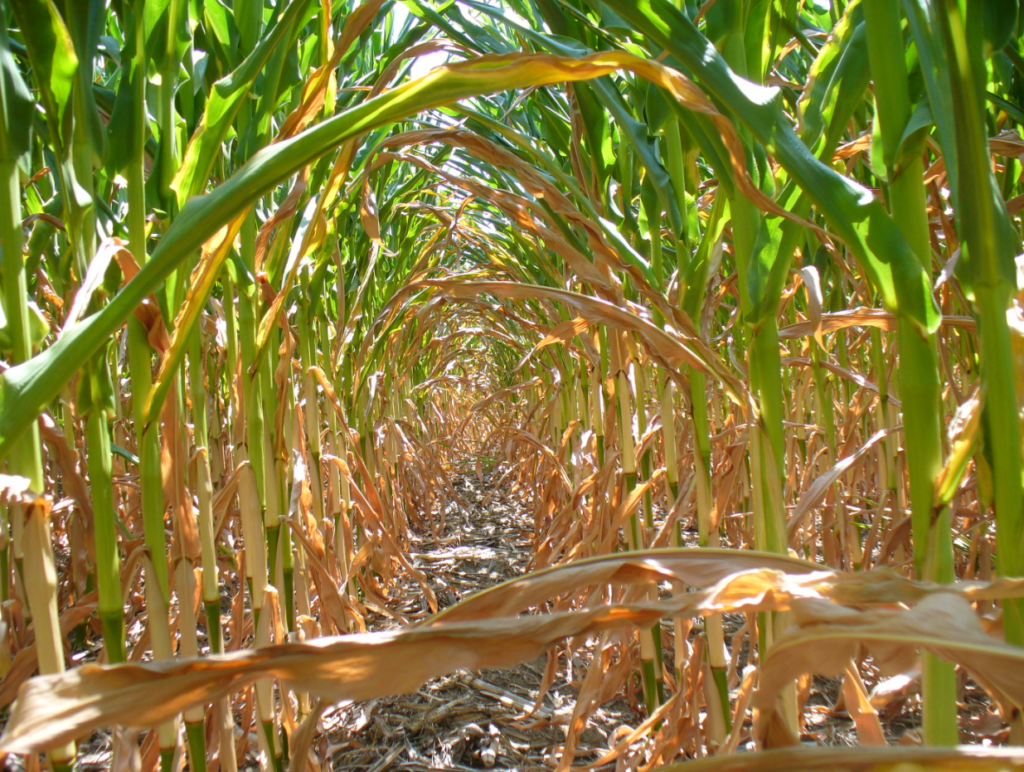 As it was mentioned before, crows, grackles, and blackbirds love consuming the ears, and it’s not far from the pollination time (early in the period of grain filling).

It seems that these birds develop a certain interest to the developing kernels, which are close to the roasting ear stage or commonly known as the milk stage.

Often times, these birds would come in big flocks. And when it happens, they can cause serious damage to the garden.

People say that these birds may target (and develop a certain preference) over a specific hybrid, but in most cases, these birds may not care at all when they are hungry and they (think that they) don’t have enough food.

Although the damage can be mostly obvious close to the wooded areas and along the edges of the field, it’s possible that the damage extends to the bigger area of the field.

The reason why these birds focus only to one hybrid isn’t clear up until now, but it’s highly likely connected to the differences in kernel characteristics or kernel maturity.

Different hybrid will have different characteristics, so it’s most likely the reason. Silking date or kernel maturity would be the most important element that determines blackbird’s damage level to the corn garden.

The second important one would be the peak (population) level of rootworm beetles.

When compared to other veggies, corn fields have the greatest and biggest damage. Not only birds’ feedings are related to the damage, but it’s also the bird droppings.

You see, birds can carry more than 60 diseases and they are transmittable.

When they invade and raid your garden, it’s possible that they may transmit those diseases to the garden.

In the end, the corn’s contamination can affect the farm’s yield and harvest quality quite significantly.

Before you take the needed measurement, you need to make sure that your garden has been raided, and it has pests’ issues. Check for the symptoms.

The most obvious one is the damaged or missing kernels within the cobs.

Those damaged cobs would turn black or brown when molds start infecting the (damaged) tissue.

And how do you know that it is the bird, not the raccoon, for instance? Well, you can see the shredded leaves on the husk. It shows how the birds work to the kernels to eat them.

Read also: How to Keep Raccoons Out of Corn

How to Protect Corn from Pests 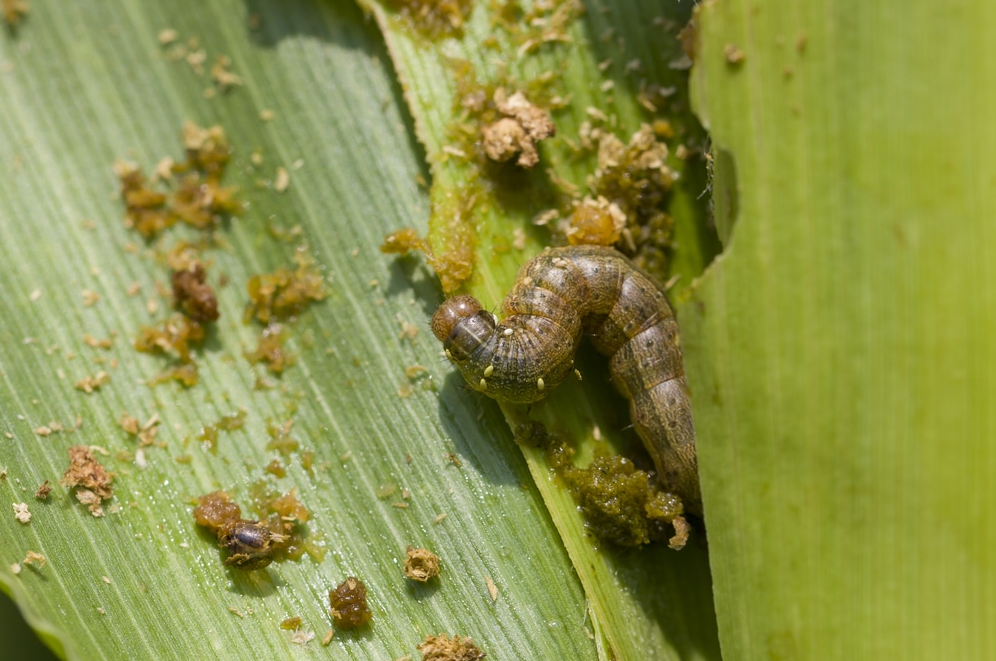 Aside from the facts about how to protect corn from birds, you should always realize that gardens and plants would always face 3 various but constant threats: animals, insects, and disease.

The same thing should be expected to your corn crop too. You need to learn how to protect it from the pesky pests.

For a starter, you need to pay attention to the earworms.

When moth deposit the eggs on the leaves or developing silks, and then they turn into caterpillars. The worms then consume the ear’s tip.

It would be too late if the worm is already inside the (protective) husk covering.

So, the way to prevent the worms from entering the husk’s tip is to wrap a rubber band on the ear’s tip.

You can also attach one clothespin to the tip AFTER you see the silk appearing.

If you can block their access from entering the tip, it will significantly reduce the level of damage.

Another alternative is to insert mineral oil to the (dried) corn silks. It will prevent the worms from being able to grip the plants.

Another way is to keep birds at bay. Again, the biggest threat and pest for the corn is birds.

One way on how to protect corn from birds is to use a bird screen or the netting. It is handy to cover the corn beds.

You will learn further about the details in the following sections.

Observation and monitoring are keys to maintaining healthy corn.

So when you find a smut (or a swollen and black pustule around ear area), immediately break the infected area off.

The remaining part of the cob can still be eaten, but you need to burn the affected galls soon enough. Never throw them away close to your garden. It will only lead another issue.

How to Keep Birds out of Sweet Corn Patch 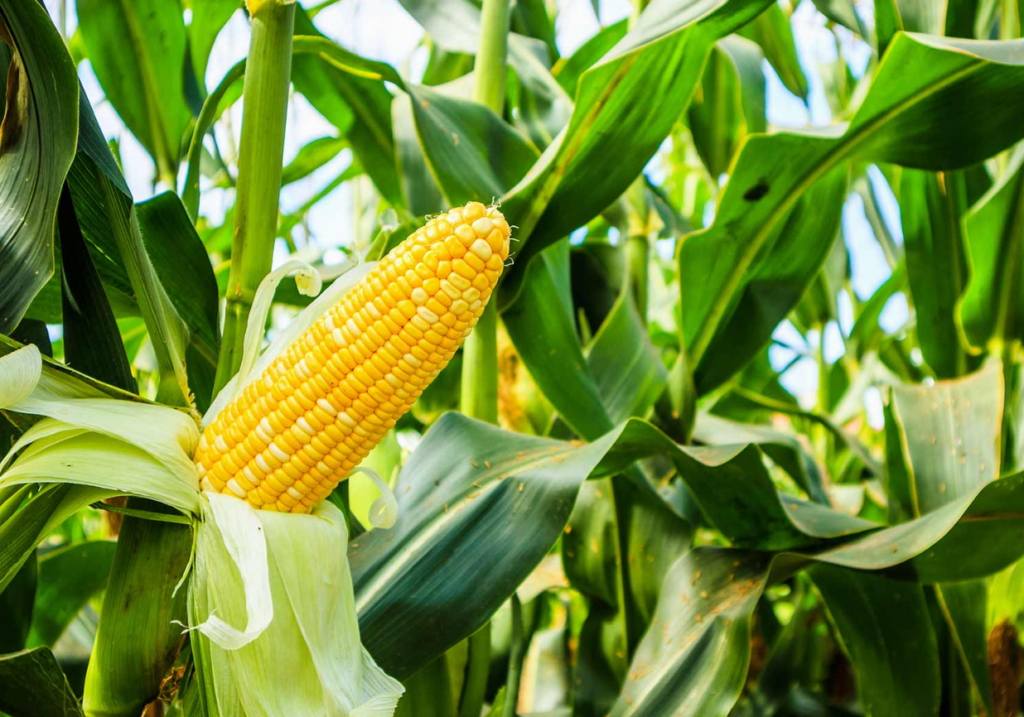 When you are learning how to protect corn from birds, you should remember that the best way is to combine different methods and techniques.

You can’t just depend on a particular method as the birds will be accustomed to it. R

emember, birds, are smart creatures and they will learn from their experience.

In general, ways on how to protect corn from birds is to make several techniques and methods.

How to Keep Birds from Eating Corn 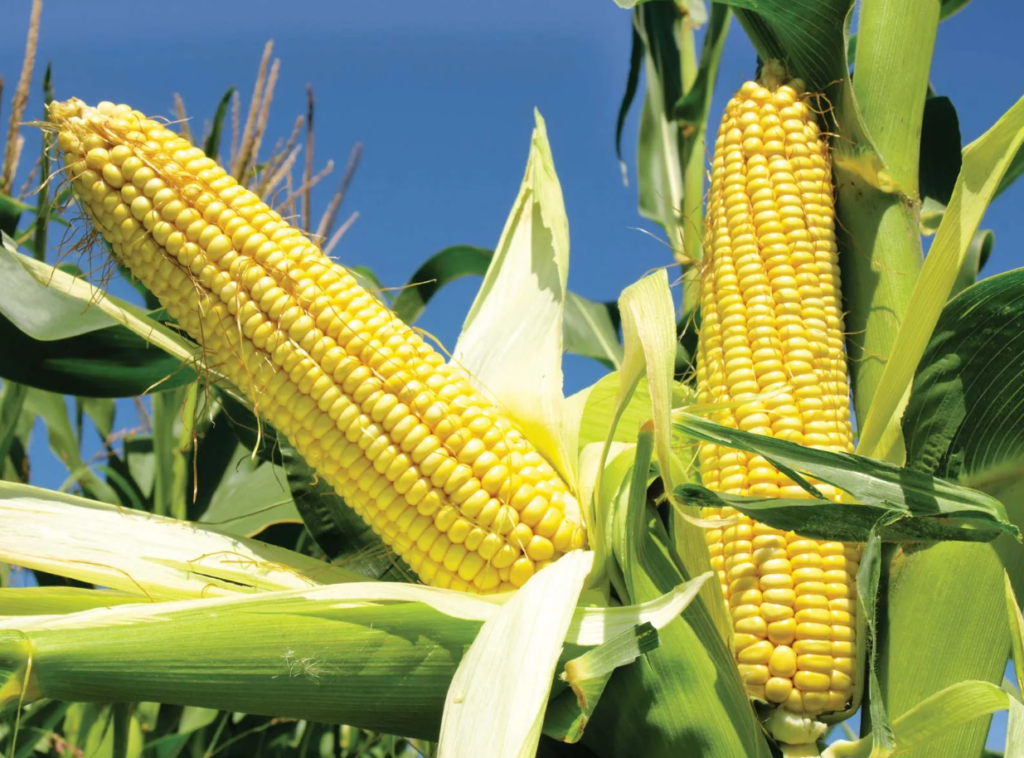 As it was mentioned before, you can your own project to protect the field from the birds’ attack.

Aside from installing automatic stuff or motion-activated fixtures, you can also use exploders to frighten off the birds.

One way on how to protect corn from birds is to use loud noise because birds are afraid of loud and sudden noise.

You need to observe first: when these birds would flock together? Do they have certain time or period? When they gather together, they will likely cause serious damage to the field.

The exploders are available either with manual system or automatic type.

If you want less hassle (and less work), you can always choose the automatic one although it may cost you more. The propane exploders will produce extremely loud noise cannon to frighten off the birds.

If you have the manual system, you can always set it on your own.

But if you have the automatic machine, you can set it on the certain period or time. Every time those birds are gathering together, the system will be activated on its own so the birds will learn their lessons.

A word of advice, though, such exploders can be super loud, so if you have neighbors and they live close-by, make sure that you talk to them before they start complaining. You don’t want to startle your neighbors and make them angry.

Read also: How to Get Rid Of June Bugs

Not many people know this, but there are different methods for addressing different development stages.

Due to these different stages, you need to pay detailed attention to each stage.

So, if you just start growing the corn, you need to know how to protect the seedlings.

And how to protect corn from birds in this stage?

Here’s the thing you should do when you net the corn field.

Make sure that you measure the area (that you want to cover). Buy the size and proper weight for the netting. Use it to cover the covers.

Feel free to do it within a field level or individually.

You need to remember that netting doesn’t always secure the corn because it doesn’t keep things out.

Even if the birds can’t touch the corn, it doesn’t mean that they can’t damage (or even ruin) it.

One of the most common things about how to protect corn from birds is to perform regular checking.

You want to check whether your corn has produced ears. Cover these ears with the brown paper bags, but make sure that your corn has been pollinated before you cover those ears.

You can see the obvious sign: the corn silk (which is located on each ear’s top area) would turn into light brown. It’s the indication that the corn has been pollinated. It means that you can start covering them. When you combine this with netting, it’s even greater because it adds the extra protection layer.

Another alternative to protect the crops is to use statues or scarecrows.

If you are going to use the scarecrows, use reflective foil pieces to cover your scarecrows. Choose the ones that can move, especially moving around quite often, so the birds won’t learn that those deterrents are fake.

Don’t underestimate those birds as they are pretty clever.

If you have extra money to spend, consider using motion-activated lights or sprinklers to scare off the pesky birds. You can scare off the birds with the water without hurting them.

The automatic flashing lights (which are situated close to the crops) will deter the birds, making them scared.

This method to protect corns from birds can be effective, but if you have big corn field and you need more than one fixture, then you will have to spend a fortune.

Dealing with birds isn’t easy, but it’s not impossible either.

As long as you know the proper ways on how to protect corn from birds, you should be able to tackle the issue quite effectively.