Watercress is a perennial water-loving plant with small cute heart-shaped leaves and hollow stems. Watercress is part of the Brassicaceae family of vegetables, which also includes Kale, Brussels sprouts, and cabbage. For gardeners, most of them interested in how to grow watercress, whether it’s outdoor or indoor plants.

The watercress plant produces tiny four-petals with white flowers and people recognized it with small and rounded green leaves. Watercress has pale green stems that float in water.

Even though watercress has a small body, it has a lot of functions to keep you healthy. Back in the 1800 century, Roman soldiers eat this plant to survive and may have been a staple in the diet.

Consuming all different types of vegetables and fruits has an impact on better health conditions of our body. This includes when you consume watercress. There are several benefits of watercress, such as :

A high antioxidant content may help to lower your risk of getting chronic diseases such as diabetes, cancer, and heart disease. This has been proved by a lot of studies about antioxidant compounds in different vegetables.

The good thing about watercress, they have a lot of nutrients even though watercress is low in calories. Watercress is known as number one on the US Centers for Disease Control’s Powerhouse Fruits and Vegetable List. With this ranked, watercress has over 100% of RDI for Vitamin K.

With a high level of Vitamin K on watercress, it protects humans from getting osteoporosis. Watercress contains so many minerals like calcium, magnesium, potassium, and phosphorus. These minerals compounds will make up the healthy bone tissue and helps to regulate bone turnover.

Aside from having a high level of Vitamin K, watercress also has a good source of vitamin C that will boost the immune in the human body. If your body has a good amount of Vitamin C, it will increase the production of white blood cells to beat the infections or disease, so it will help you to not get sick so easily.

Watercress makes your body relax and increases the amount of nitric oxide in your blood. This might improve exercise performance. In this case, watercress is a source of dietary nitrates, but yet still no studies that confirm this benefit effects.

Since watercress doesn’t produce a lot of calories, it absolutely good for some people whose trying to lose some weight.

Watercress protects your eyes from blue light. The lutein and zeaxanthin inside the watercress will lower the risk of developing age-related macular degeneration and cataracts.

Watercress is easy to serve. You can use it with a lot of different dishes. Here are some easy ways to add watercress to your meal : 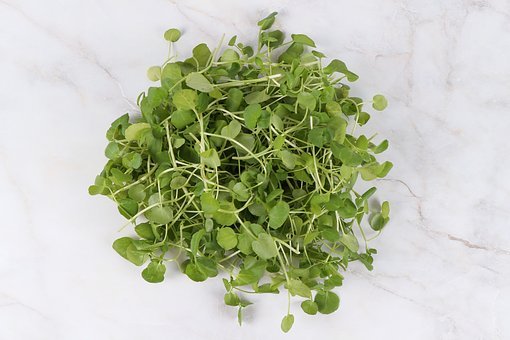 To get watercress seeds, you can get them from several companies since watercress is not easy to get (only during their seasons). Probably you want to check our guides on harvest sunflower seeds.

Raw watercress will taste similar to mustard and wasabi. That is why watercress good when you put it on soups, stews, and also stir-fries  since it will give the peppery taste

How to Grow Watercress? 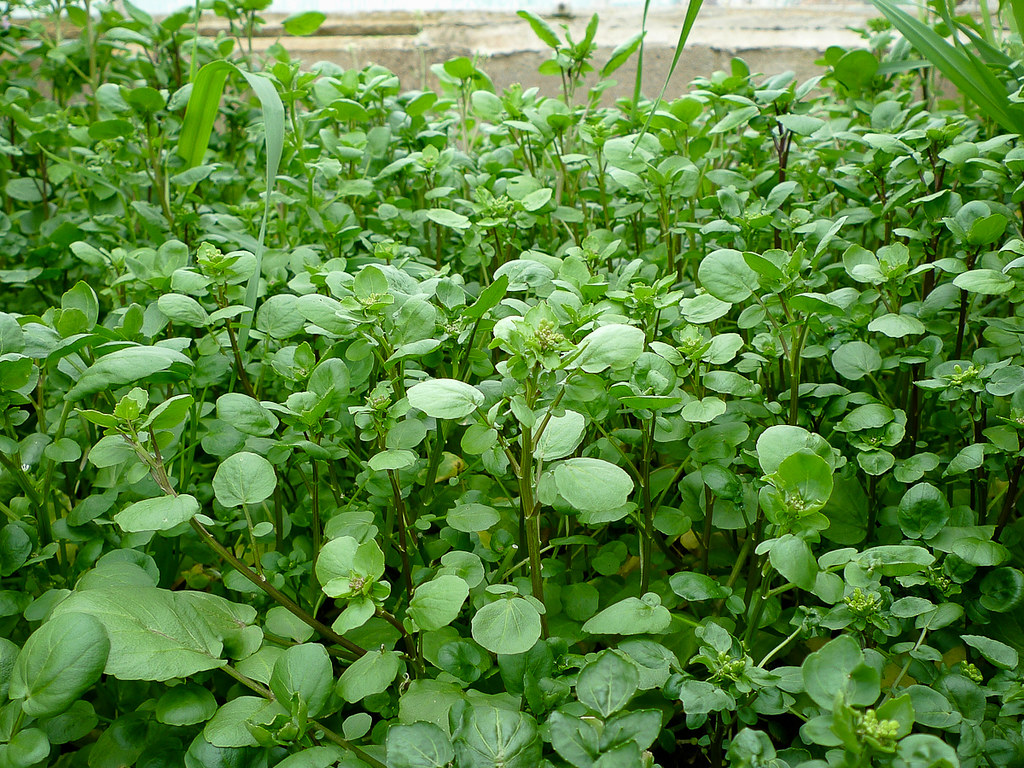 Watercress can grow under the full sun but you have to put it under consistently wet soil with a soil pH of 6.5 – 8. Aside from this, although the watercress is survived under full sun, the watercress prefers a light shade.

You can grow watercress in a pot, container, damp or even wet soil, it doesn’t matter as long as you kept watercress moist and it will grow well. You can also grow watercress in your garden. You have to dig out around 6 inches then will it with 2 inches of composted soil.

If you want to grow watercress beside your kitchen’s window, you can put them in a pot, and take care of the brightness. So you will have fresh watercress leaves you can take for your needs.

Sowing a watercress need to be done outdoors in the spring season or with minimum weather is 46°F. You can use a pot or directly put it into the containers to grow watercress. Sow watercress usually starts in the middle of January and ends at end of March. When you start this watercress sowing, you must use a constant temperature.

If you use a pot to grow them, once you see that the pot cant handle the seedling, you can transplant them into 3-4 inches pots.

The easiest way to plan watercress is by buying them from a supermarket and place them into a small pot. Either that, watercress plants need damp soil and also compost. The perfect compost for them is garden compost or planting compost.

How To Taking Care Of Watercress

You have to place the watercress under a saucer and consistently topped up the amount of water. You have to replace the saucer every once in a while once the weather turning into hot weather that more than 60°F and flush the previous compost with fresh water as well to make your watercress grow normal.
Once it turns to the summer season, the watercress will ready to harvest. Watercress will have a lot of leaves and you have to remove the flowers as soon as you see them growing so you can keep the plants cropping well and keep growing.